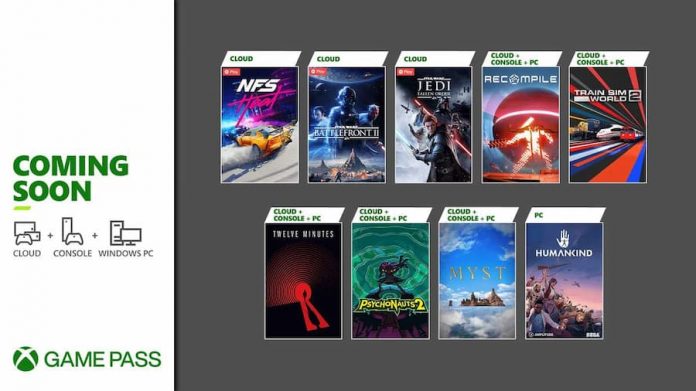 Are you running out of games to play? Or do you want your gaming backlog to look even more daunting? Xbox Game Pass has you covered.

Following on from the first wave of August Xbox Game Pass releases, Microsoft has a second wave of Xbox and PC titles coming the service, and a few titles that will be leaving.

Myst, a relatively old PC puzzler, might seem out of place but the Myst that’s heading to Xbox is the formerly Oculus exclusive VR version, minus the VR. Both Psychonauts 2 and Twelve Minutes have our attention, the latter because of its time-looping mechanic and the former because it’s been six years in development; we’re dying to see if Double Fine’s sequel can live up to fan expectations.

On top of that, Train Sim World 2 should be worth checking out, if only so you can ride the London Underground. We might not know whether its other routes are accurate but we’re definitely going to hop on the Underground and see how closely it resembles the real thing, possibly sending a stern letter to TSW’s developers if it doesn’t.

As for the departing titles, the following games are going to leave Xbox Game Pass. You can buy them at a 20% discount, which will let you keep them, but as of August 31st you won’t be able to play them for free. The titles in question are:

You can expect September’s Xbox Game Pass titles to be revealed at the beginning of next month. We’ll be sure to keep you posted. 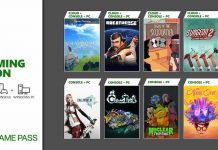