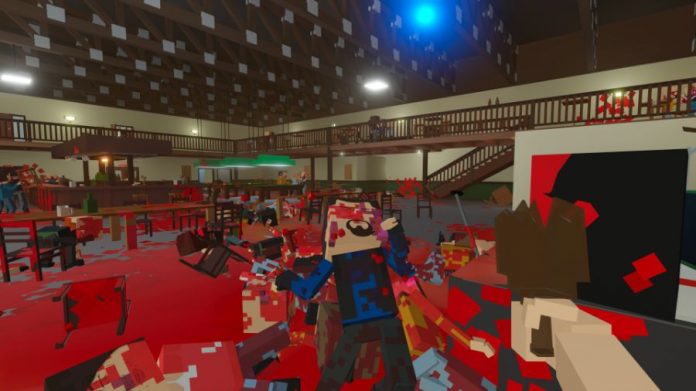 At first, I felt a little guilty playing Paint the Town Red. Not because of all the gratuitous murder but because, as glorious as this first-person brawler is, it feels like two games.

After six years in development (we first got our hands on it in 2015), I suspect the only reason Paint the Town Red left Early Access was because someone at South East Games physically dragged the programmer away from their keyboard. This is a game that’s ostensibly about starting pub fights but it has an entire roguelike dungeon crawler inside it.

Still, there’s so much to love about Paint the Town Red that you’ll be happy to overlook that particular oddity. When it comes to brawling, you don’t quite have the precision of, say, Assassins’ Creed Valhalla, but fighting for your life never gets old. Especially since, in all bar the challenge and dungeon levels, you’re the one who starts the fights.

You’ll wander into a blocky Minecraft style location – a biker bar, a disco, a prison, a pirate cove – and everyone’s just enjoying themselves. Then you throw a chair, or fire a cannon and it all kicks off; maybe I should feel more guilty about that than getting two games for one.

There are two things in particular that make these brawls stand out. Firstly, they’re so amazingly chaotic; you can punch, you can kick, you can fling anything you can get your hands on. Thanks to the voxel-based graphics, you can literally smack someone’s face right off, revealing their skull beneath. If Paint the Town Red looked in any way realistic it’d be absolutely horrific but the game gets away with it due to its aforementioned Minecraft-style graphics. 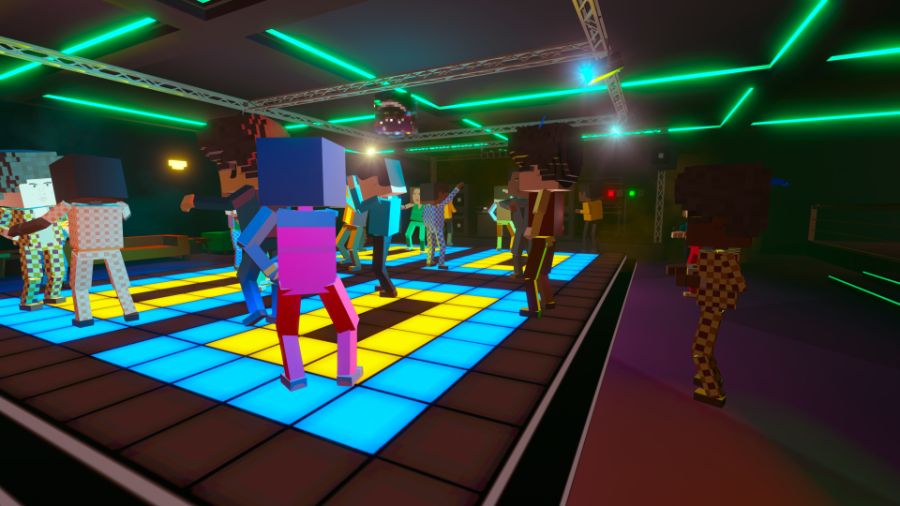 Secondly, you’re not the only person getting punched. When the fight breaks out, it’s everyone for themselves; you’ll have a few people coming after you but you’ll also witness other people pummelling each other, grabbing weapons off the floor and so on. The twisted genius of this is that you can be so distracted by the chaos that you won’t notice the two angry patrons coming up the stairs behind you.

That, in itself, is a good enough reason to keep moving. The levels aren’t enormous but there’s a little room to explore and, if you’re not careful, get penned into a room but, as the person who started the punch-up, you’ve only got yourself to blame.

However, all of that is just the vanilla game; you can then apply modifiers to warp Paint the Town Red to your heart content. Three attacks might not sound like much but they’re enough, but if you really want guns you can select the “gun show” modifier. Want everyone in a location to want you dead? Turn on the zombie modifier and you’re good to go. 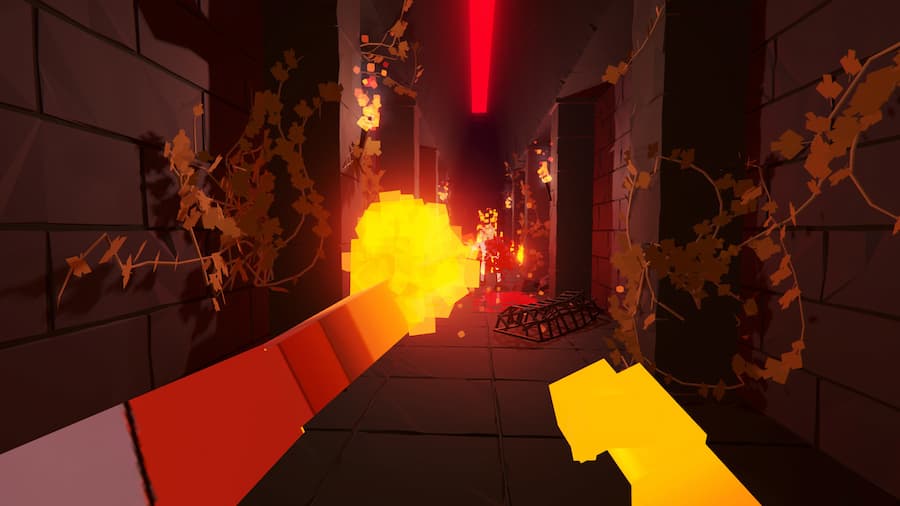 There’s even an option to turn on SuperHot mode, which apes the game in question, complete with white and red aesthetic. Enemies only move when you move which turns each level into a hyper-violent chess variant. Unless you expressly set enemies to be weak, however, you’re going to have to fight for your life, no matter what mode you’re in. The Arena mode, which pitches you against waves of foes, has a learning curve; start a fight in Paint the Town Red’s regular mode and you’ll get a challenge every time.

And I haven’t even covered the roguelike mode, dubbed ‘Beneath’. It’s not initially as difficult as surviving Paint the Town Red‘s pub fights, but it escalates very quickly. You get to choose your class, purchase weapons and, although permadeath is a fixture, if you play it enough you’ll earn permanent upgrades. You can’t exit each dungeon level until you’ve earned a specific amount of gold so you’re left wondering whether to buy a ghoul-decapitating sword or hold onto your hard-earned cash.

In fact, that’s Paint the Town Red in a nutshell; it’s got so many other great touches, some there to challenge you, some just to entertain. There’s the way the soundtrack takes things up a notch but, if you happen to punch the DJ, band or so forth, the music disappears only to return a little later. There’s the easy-to-miss gnomes who charge through the dungeon, challenging you to catch them before they disappear into the portal. Wander around before you throw a punch and you’ll see all these little tableaus taking place, which will leave you itching to disrupt them. 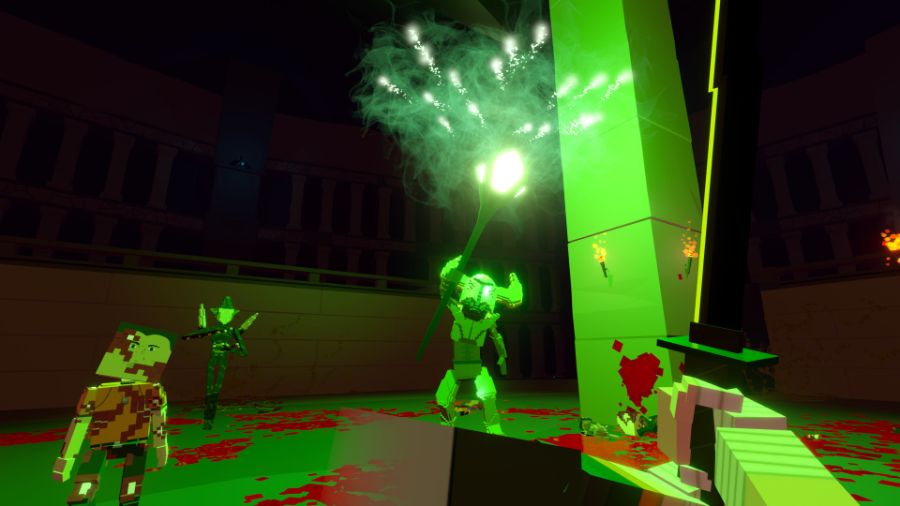 On top of that, if you’re playing on Steam you can download extra user-made levels – though console players are mostly out of luck on that front (any added levels would have to be curated by the developers). Speaking of extras, I’d pay good money for a split-screen mode; sharing Paint the Town Red‘s ludicrous mayhem would really be something else.

Including the dungeon-crawling mode Beneath does damage Paint the Town Red‘s sense of identity a little, but it’s certainly not a deal breaker. The real joy of this game is the fact that you can dip into it for 30 minutes or so of gore-soaked fun; if you’ve had a tough day, it could be quite a cathartic experience. Paint the Town Red may have spent more time in Early Access than most, but it’s still a bloody joy to play. Just don’t think throwing the first punch means you’ll come out on top.

This review of Paint the Town Red is based on the Xbox Series X version, via a code provided by the publisher. It’s available on PS5, Xbox Series X, Switch and PC. 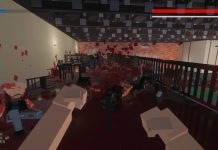