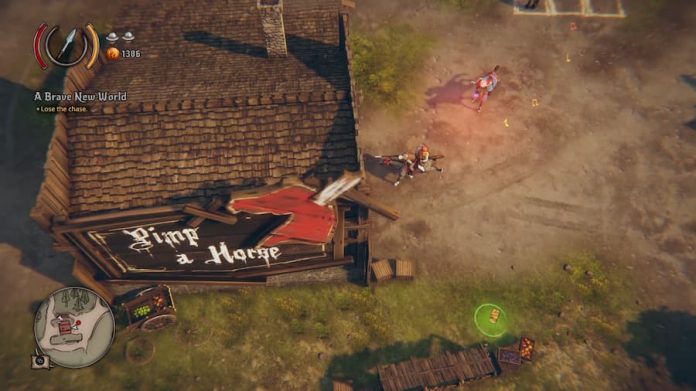 Available on PC for a while now thanks to Steam Early Access, Rustler is making its way to consoles at the end of the month.

Not familiar with the game? Let us enlighten you. Developed by Jutsu Games, Rustler is essentially old-school Grand Theft Auto but set in a Medieval World. That means a top-down perspective, a large amount of freedom and police chases… only in Rustler you’ll be escaping the long arm of the law via horseback. What’s pretty comical, however, is that those chasing you will have flashing lights. Realism be damned!

Cast as a poor peasant, your aim in Rustler is to win the Great Tournament. Why? Because not only will you then be rich, you’ll also be able to marry the fine princess. Cue an adventure of mayhem and hilarity, as you form alliances and double cross your foes in an attempt to claim victory. With so much to do on the side, you’ll probably want to take your time, though. Like most sandbox games, sometimes just larking around is rewarding enough, and in Rustler you’ll be able to drag people through the mud, shoot cows into the sky and more.

What’s really caught our attention is Rustler‘s answer to a radio station. Of course, horses don’t come with sound systems built in. Plus, they didn’t exist in medieval times, anyway. If you want some banging tunes as you ride around the world causing mischief, however, you can hire a bard. They’ll follow you around, providing your very own soundtrack for your adventure. Genres include rap, soft rock, and even beat boxing. No doubt some of the songs will make you chuckle, too.

While Rustler‘s ‘mostly positive’ reviews on Steam give us confidence that the game will be fun regardless of the format you play it on, it seems like PS5 will be at the front of the pack. Both it and Xbox Series X will be ahead of the other consoles visually, of course, and will also sport 60fps gameplay. The ace up the PS5’s sleeve, however, aside from the implementation of 3D audio, is DualSense support. 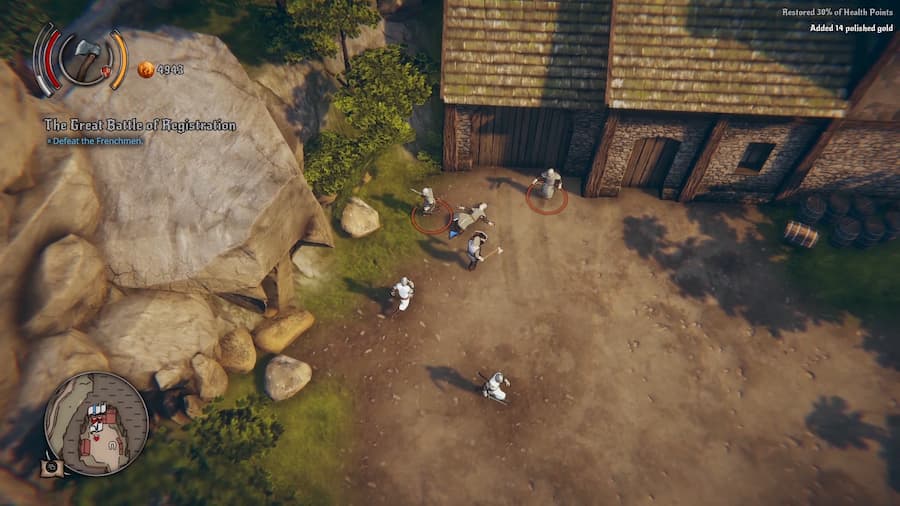 Playing Rustler on PS5, haptic feedback will be employed to immerse you further in the action, with the controller vibrating in various ways to let you know from where you’ve been hit, for example. The speaker will be made use of, too, playing various sounds to give you a greater sense of presence. And finally, there’s adaptive trigger support. Firing your bow and arrow will be made more real by the build-up of tension, and when you’re out of stamina you’ll find the triggers harder to push. We’re sure you’ll agree that these functions will add a certain something to the Rustler experience.

Rustler launches 31st August on PS4, PS5, Xbox One, Xbox Series X/S, Switch and PC. If you fondly remember the classic Grand Theft Auto games or just like the idea of raising hell in a medieval world, be sure to keep it on your radar. Even better, priced at just £24.99/$29.99, it won’t break the bank. Even physical copies are available, which you can pre-order right now. 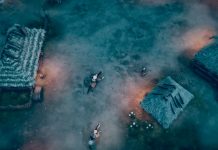