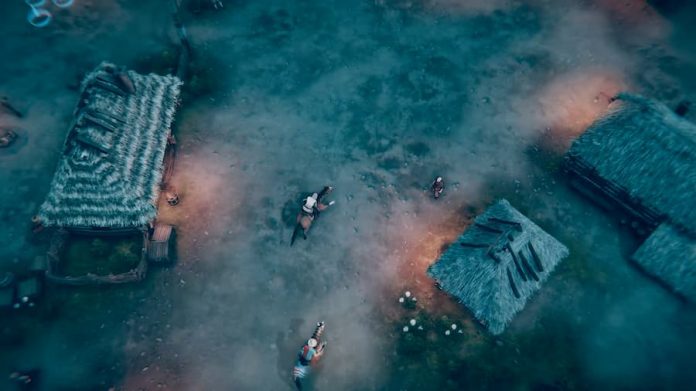 The original Grand Theft Auto was brilliant. Or at least I remember it to be. And so the idea of a game that apes its gameplay set in medieval times certainly appealed to me.

The first thing you’re greeted with when launching Rustler – affectionately dubbed by some as ‘Grand Theft Horse’ – is a gloriously over-the-top FMV of a bald-headed man getting up to hijinks. It sets the tone perfectly; this isn’t a game that takes itself seriously. It’s just a shame that, mixed among the gags and the ridiculous situations, the gameplay doesn’t entertain quite like it should.

In Rustler, you’ll find yourself taking control of a young guy called Guy, who works for the local crime lord. His best buddy, Buddy, who’s also in the crime lord’s employ, comes up with an ingenious idea that may change both of their lives forever: what if Guy enters an upcoming tournament for nobles, the winner of which gets land as well as the hand of the princess? There’s only one problem – well, multiple actually, but one that’s a real biggie – Guy is definitely not a noble. Cue an adventure quite unlike any other.

With the action viewed from a top-down perspective, Rustler lets you lose in open world. Needless to say, there are quests are complete, side activities to undertake, and general tomfoolery to be done. And as it’s your journey, you can take things at your own pace. Well, for the most part, anyway; dig into the main questline and you might find yourself at an impasse at times due to certain events requiring large sums of money. So, you’ll at least need to engage in some of the optional missions available to you. 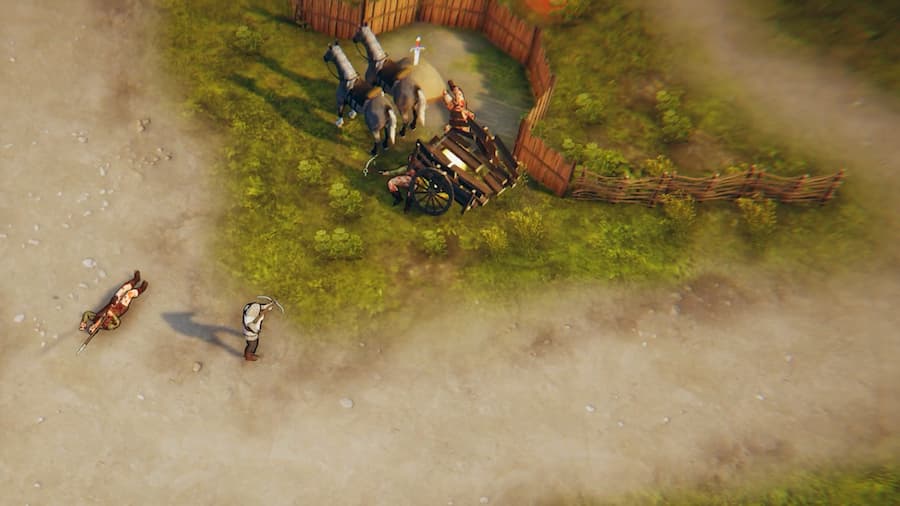 Basic is the best word to describe most of Rustler‘s missions. More often than not, you’ll simply need to go to a location, then kill, or at least assault, a person or two. Some missions are a bit more complex, sure, but they still feel you’re simply going through the motions, visiting one location after another to complete menial tasks. Years ago it might not have been too much of an issue, but in the year 2021, it’s just a bit dull.

It doesn’t help that there’s no voice acting. One of my pet peeves in games is when repetitive noises are played to signify dialogue as you click through lines of text. Thankfully you can turn the noises off here, but the lack of actual voice acting in Rustler makes its world feel sterile and dead. Dialogue boxes appear during gameplay, too, prompting you to press a button to move through while attempting to complete a task such as evade the authorities, for example, or fight off a horde of attackers. And that’s not good design. 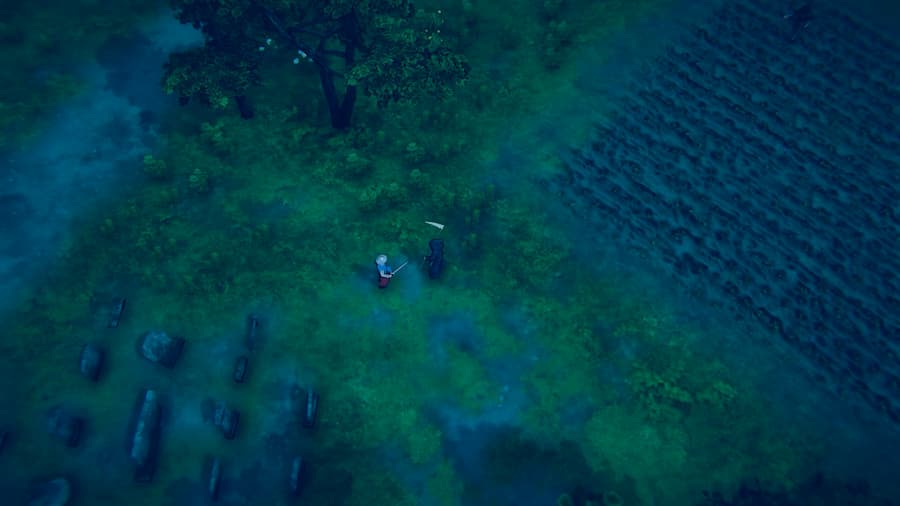 Also, neither of those things just mentioned are as fun as they should be. Run over people on your horse or maim them with weapons, and your wanted rating will soon rise. Take off on a horse, and you’ll soon find that the “police” chases here simply don’t have the same appeal to them as those of Grand Theft Auto. With your wanted level dropping at a woefully slow rate, you’ll primarily need to drive through a Pimp My Horse station to lose the authorities for a price, or find and tear down wanted posters – old-fashioned Assassin’s Creed-style – to clear your name at an accelerated rate.

Combat, on the other hand, is rather clunky. There are many weapons for you to collect, each with their own quirks, but engaging in combat, especially melee, is rarely enjoyable due to its tit-for-tat nature. There are light and heavy attacks, the latter of which can break an opponent’s guard, but when you’re up against a handful of opponents things can get messy very quickly. You can block and parry, but the latter is made tricky by the fact that it’s tied to the left trigger; its sponginess makes it particularly hard to time.

In fact, Rustler‘s control scheme is a bit awkward in general, with the left analogue stick opening up the map when pressed rather than making you run, and you needing to use the d-pad to change weapons. The latter wouldn’t be so bad if the game didn’t have a tendency to keep changing what you have equipped; suddenly being thrown into a fight and then realising you have a stick equipped isn’t ideal at all. You’ve then got to keep away from enemies as they draw in, while using the right hand to move through your inventory until you’ve got a better weapon equipped and can successfully take them on.

There are other issues with Rustler, such as poor checkpointing that may result in you having to click through numerous text boxes again, or you’ll be left without a horse. (Thankfully the ability to summon a horse to your side is one one of the many abilities you can unlock with the skill points you earn.) It can be buggy at times, too. Successfully completing one mission, for example, just left me with a black screen. I couldn’t even reload a previous save until I closed the game and opened it again. 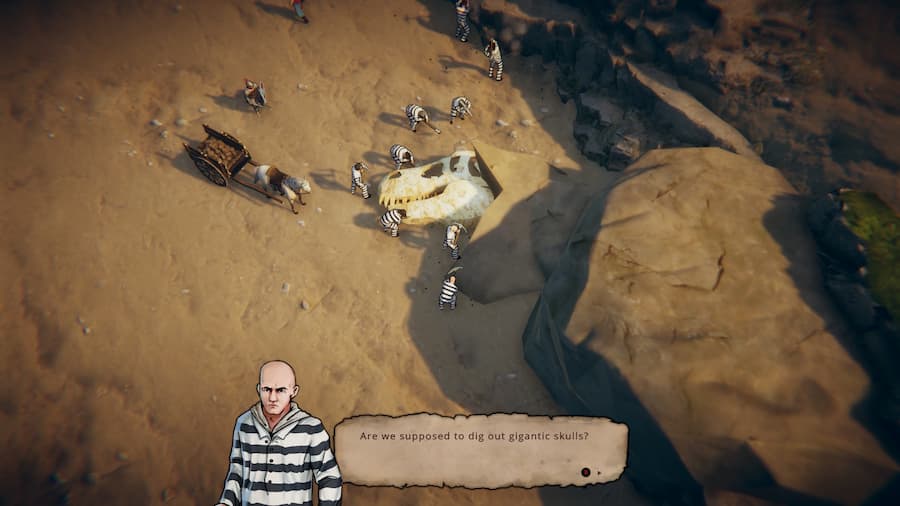 It’s not all bad though – there are some pockets of fun to be found within Rustler. Some missions present entertaining scenarios and dialogue, and while not much about the game particularly impresses, there’s nothing really here that will make you throw your controller to the floor in frustration or disgust. Ultimately, it’s a game that seems to squander most of its potential. With some tweaks here and there and a further bit of polish it could be much more enjoyable than it actually is.

‘Disappointing’ is the best word to describe Rustler. It takes the original Grand Theft Auto template, plops it within a medieval world, then delivers ho-hum missions. Add to that an overall lack of polish, some mechanics that don’t entertain quite like they should, and the absence of voice acting, and you have a small open world adventure that never quite delivers on its promise. Still, chances are you’ll get some fun out of it if you pick it up. Just perhaps not as much as its introductory FMV would suggest.

This review of Rustler is based on the PS5 version, with a code provided by the game’s publisher. It’s available on PS4, PS5, Xbox One, Xbox Series X, Switch and PC.

Buy a physical copy of Rustler on Amazon