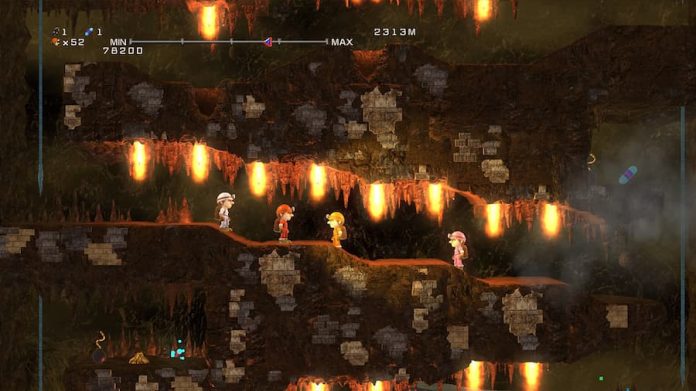 Putting players in control of a nameless adventurer, it challenged them to enter a dark cave and simply proceed into its depths. There was a reason, of course; to hunt for valuable treasure at the bottom. Along the way, there were numerous hazards to watch out for: ghosts that followed the player around unless they used some kind of spray on them; bats that showered the player with poop unless they released a flare; and a whole lot more. Perhaps what was most notable about Spelunker, however, is how its nameless adventurer would die by simply dropping half their height.

Now, in the year 2021, Spelunker has been remade. Available on Switch and PS4, Spelunker HD Deluxe takes the original game, gives it 3D visuals, and adds in a variety of new modes. The gameplay remains true to the original game’s roots though, which means our adventurer still dies from the slightest of falls. Back in 80s it was irritating, and now it’s even more so – but you’ll quickly learn to accommodate for this aged mechanic.

Adventure mode is perhaps where players will sink most of their time if they invest in Spelunker HD Deluxe. It presents players with multiple areas for them to make their way through, each split into numerous stages. Thankfully, upon reaching a new area, players can begin from it the next time they play rather than having to start right back at the beginning again. It’s a godsend, as otherwise, the patience of many would be tested. And for those with a taste for nostalgia, you can even play with the original 8-bit visuals and sound. 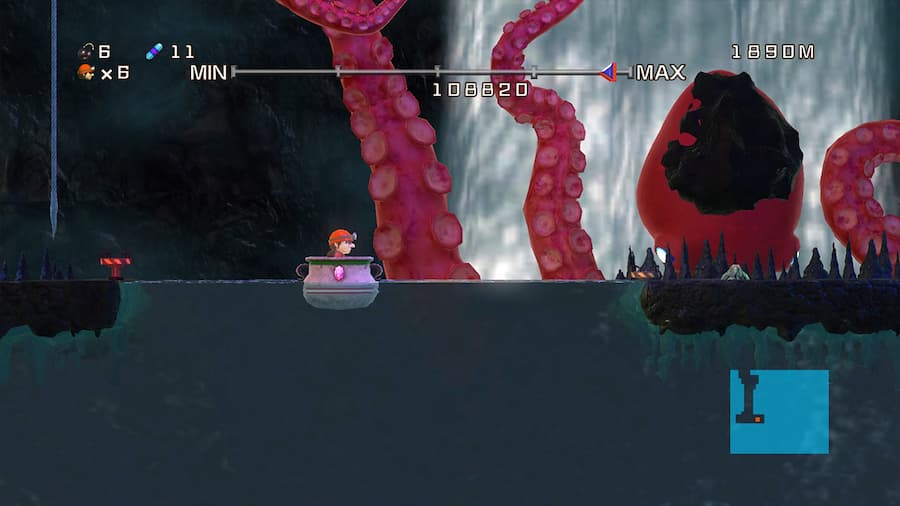 It’s a part of Spelunker HD Deluxe‘s charm that it feels so old-school, but at the same time it’s also its weakness. Movement now feels clunky, and not only is it frustrating to die from a short drop, it also looks silly, with your adventurer falling about a foot and then stopping in the air as if being held in stasis. Checkpointing can also be a nightmare at times, putting you back to a position that makes completing a stage more troublesome or perhaps even impossible thanks to your need to resupply your oxygen with pickups.

There are other issues, too, like some sections feeling like a case of trial and error rather than skill, and some traps, like pits, being hard to spot at times due to the snazzy new 3D visuals. Despite these issues though, there’s still plenty to like about Spelunker HD Deluxe. If you’re prepared to put in the time and get accustomed to its quirks, you can have a great deal of fun with it. Especially if you like playing with others.

When playing online, up to six players can work together in Adventure mode, making the action more chaotic but also more fun. Offline, four players can get in on the act. When someone calls another’s skill into question, there’s a competition mode, too, allowing players to compete against each other to prove who is the best Spelunker of all. 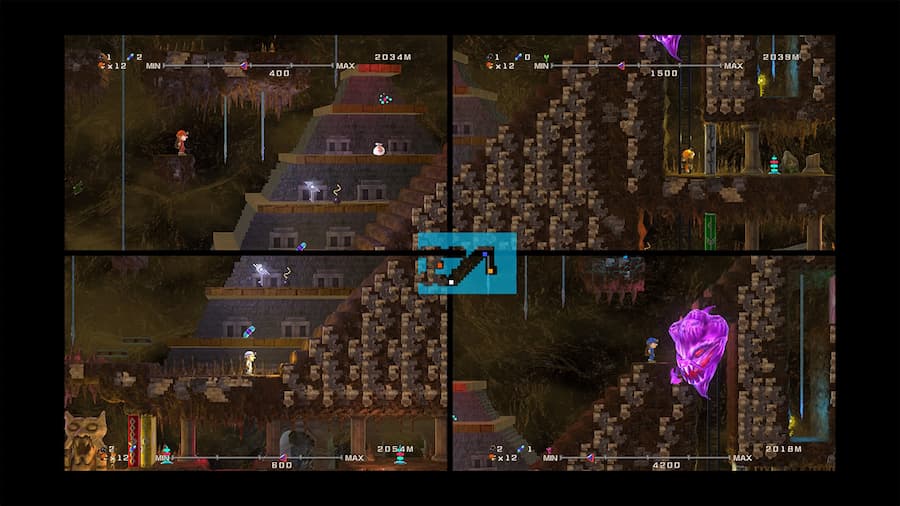 And there are more modes. Championship mode is for Spelunker experts, providing even more challenging levels for them to make their way through. And then there’s Endless Cave NEO, which challenges players to descend as far as they can in a randomly generated endless cave. Needless to say, there’s plenty to go at.

Those fond of the Spelunker series will find plenty to like about Spelunker HD Deluxe, and those that enjoy challenging retro games will probably get a kick out of it too. It perhaps stays a little too close to its roots for the majority of modern audiences, and the new 3D visuals can make some of its pitfalls harder to spot, which is a nuisance, but for the most part this is a solid remake of a blast from the past.

This review of Spelunker HD Deluxe is based on the PS4 version (played on PS5), with a code provided by the game’s publisher. It’s available on PS4 and Switch.