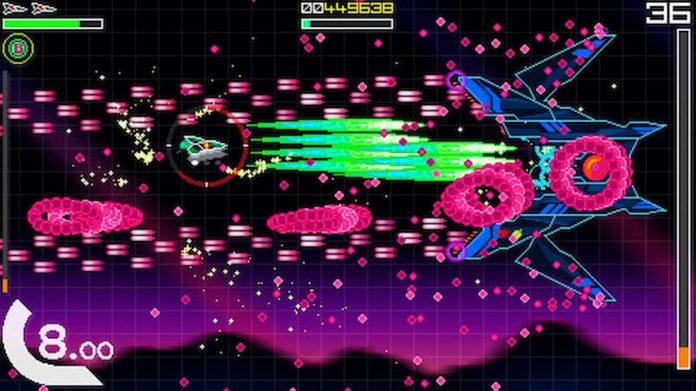 We seem to have been inundated with shoot ’em ups recently, but with so many being rereleases or remasters or remakes, it’s always nice when a new one enters the fray.

That doesn’t stop Star Hunter DX from 1CC Games from presenting itself as a blast from the past, though. This may be a game new for 2021, but it has a retro aesthetic that will charm fans of old-school shooters. Its pixelated visuals are colourful and bold, while its characters and story scenes pack in plenty of 80s sci-fi flair. Needless to say, it also has a synth-filled soundtrack to complement the action.

It’s just a shame that Star Hunter DX is so light on modes, in that really it only has one. Start the game and you’ll find that you only have access to one character at the outset, a woman called Luna Starr. She’s the central character of Star Hunter DX – the former leader of Viper Squad who was left for dead and now seeks vengeance on her team.

Across six stages you need to take control of Starr as she pilots her ship through numerous locations, blasting at a myriad of foes until she comes up against one of her targets. And with her bounty of attacks and abilities, you’d think it would be easy. Her rapid fire spreads bullets in a wide arc, making it useful when there are many enemies on screen, but she can also opt for more focused laser fire if she pleases. She has bombs at her disposal, too, clearing enemies and bullets from the area around her. 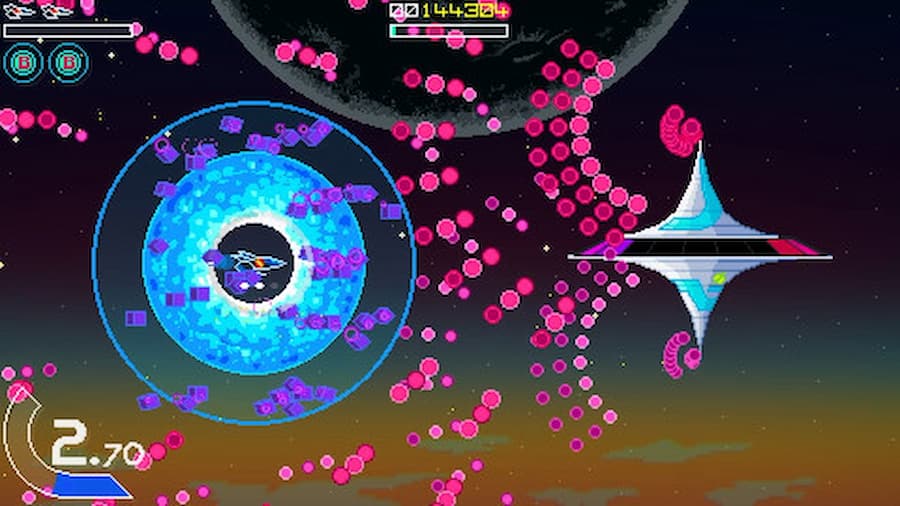 As enemies are killed with bullets and bombs, however, her ship absorbs their energy. Then, when enough energy has been stored, Starr can enable Bullet Time, slowing down everything around her. It’s best used when the screen is awash with enemy projectiles, or when you’re facing off against a tough boss, but the state doesn’t last forever.

Star Hunter DX is a brutally challenging game though, even when played on the easiest of its three difficulty levels. You won’t find any any infinite continues here, and neither will your enemies go easy on you. Right from the first stage, the screen is sometimes so full of enemies and projectiles that navigating your way through them while returning fire seems like a tall order. There’s no skipping stages you’ve completed the next time you play, either. 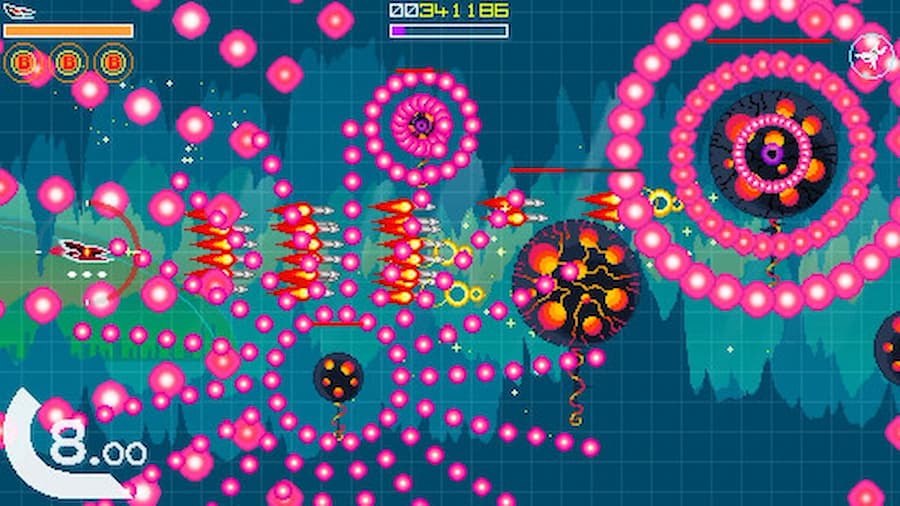 There is a practice mode, however, that lets you develop your skills on any stage or boss you’ve reached. You can even determine how many lives you have, your power level, and more. It comes in particularly handy for mastering the later stages rather than playing through the main mode time and time again.

Those who do master Star Hunter DX will be rewarded with two unlockable characters that change the gameplay up somewhat. It’s just a shame that the leaderboards are local only; if they were online, players would no doubt have great fun trying to beat others from around the world.

The lack of modes and the high level of difficulty will mean that Star Hunter DX won’t be for everyone, but for ardent shoot ’em up fans it’s well worth a look, especially considering its budget price. Its Bullet Time mechanic, at least, makes this shooter stand out from the crowd, and the charming audio and visuals are the icing on the cake.

This review of Star Hunter DX is based on the Switch version, with a code provided by the game’s publisher. It’s available on Switch and PC.