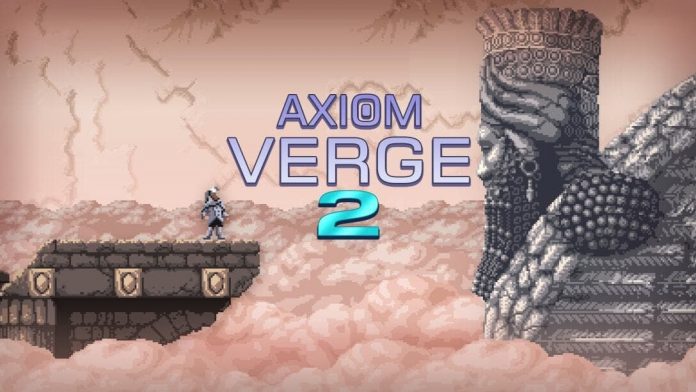 It feels like we’ve been waiting forever for it, but a surprise announcement puts our wait to an end: Axiom Verge 2 is out today.

Stealth-released during Nintendo’s Indie World Showcase, Axiom Verge 2 is a follow-up to 2015’s excellent Metroidvania, Axiom Verge. Developed largely by one man, Tom Happ, Axiom Verge is a classic adventure game that heavily takes inspiration from Metroid and Castlevania. The first has a heavy sci-fi vibe, with art inspired by the likes of H.R. Giger. Judging by the sequel’s trailer – which you can watch below – we can expect more of the same. And that’s no bad thing.

This time around, Axiom Verge 2 sports all new characters, new abilities and new environments to explore. It doesn’t matter if you’ve played the original – this tells its own story. While it fits into the same universe as Axiom Verge, the sequel is very much its own thing.

Axiom Verge 2 focuses on Indra, the billionaire owner of the Globe 3 conglomerate. She’s shrouded in mystery, and as she finds herself venturing into a new world, perhaps some of our questions – and her questions – will be answered.

If you’re a fan of Metroidvania games, then Axiom Verge 2 should definitely be on your radar. It’s available now on Nintendo Switch, PS4 and PC (via the Epic Game Store). A PS5 version is scheduled for release later.