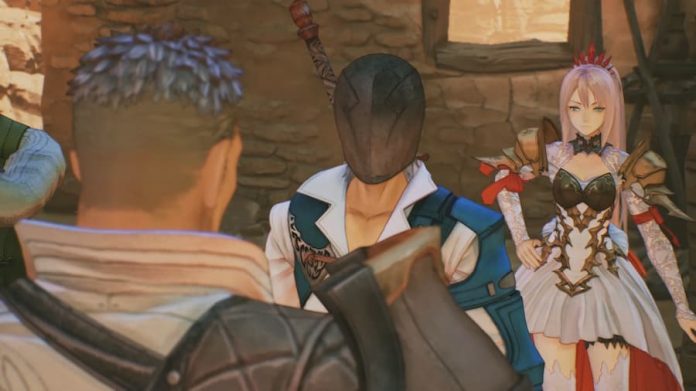 Having played through the entire first chapter of Tales of Arise, I feel confident in saying that series fans truly have something to look forward to this September.

We’ve essentially gone an entire generation without a Tales game, what with Tales of Berseria having its roots on the PS3. It feels like Tales of Arise is making up for it though, with a painterly art style for its environments that is quite simply stunning. Throw on top detailed anime-inspired character models, comprehensive and convincing voice-acting, and a soundtrack that has done nothing but impressed so far, and you have a game that provides an excellent audio-visual experience. Even better, the gameplay is stellar, too.

Tales of Arise begins with players in control of a man simply known as ‘Iron Mask’. Aside from the fact that his head is totally encased in iron, he’s notable for the fact that he can’t remember anything about his past, and he can’t feel pain. A slave in an area of Dahna called Calaglia, he helps others where possible, but is angry at the injustice in the world. Just why should the people of Dahna be slaves for the benefit or Rena? An encounter with a strange woman who electrocutes those who touch her, and resistance forces that are keen to capture her for some reason, sets him on a path to change the future.

Unlike most JRPGs, Tales of Arise seemingly doesn’t bog players down with needless exposition or an overwhelming number of text boxes to click through. Throughout the first chapter the story unwraps via engaging cutscenes, and bouts of dialogue that are mostly voiced. Eventually coming to adventure with the strange woman you rescued, a prickly Renan woman by the name of Shionne, you’ll find that characters aren’t averse to making their thoughts known while they travel either, keeping gameplay brisk while also developing your knowledge of the world and a bond with those under your control.

Your ultimate goal in the warm, rocky region of Calaglia is to take down its lord, a large man by the name of Balseph. Though of course, there’s work to do first. Each area you visit is wonderfully detailed, and is full of enemies to defeat and items to loot. You’re given more freedom to explore in Tales of Arise, too, thanks to its characters being able to jump and swim. With enemies going about their own business unless you get too close, you can avoid fights if you wish. Precious materials and other items are often guarded by them, however, so it often pays to engage in combat as you travel from one place to another. 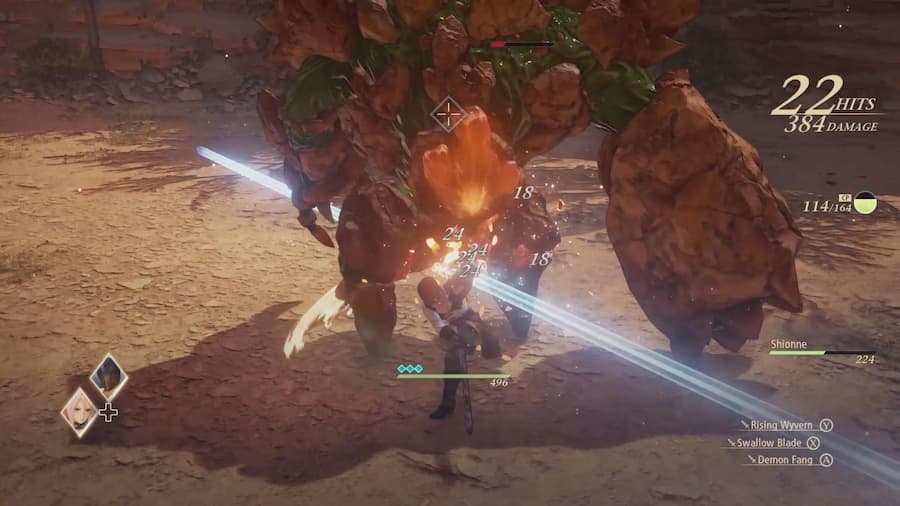 Anyone that has played a Tales game before will feel right at home with combat in Tales of Arise, but they’ll also find that it’s never been better. As ever, players take direct control of just one character and can perform standard attacks alongside Artes. Other characters in the party are controlled by the computer, but you can easily switch who you’re in control of at any time. A new Burst mechanic also allows you to make use of a special ability unique to each character with just the push of a button when their gauge is full. Strikes can be pulled off in a similar manner, killing enemies in one hit when their health is low and other conditions are met.

With these new mechanics in place, combat in Tales of Arise feels more involved than ever, and also more spectacular. It’s flashy but has depth – you’ll need to observe your enemies, capitalising on their weaknesses and avoiding their attacks with well-timed dodges if you want to defeat them efficiently; after all, healing via Artes is limited by Cure Points, or CP for short, which can only be restored by resting. There are numerous difficulty levels available to appease those who don’t want to be challenged by random battles, however, and conversely those who want every battle to be hard-fought. Ultimately, though, combat in Tales of Arise feels more fluid and intuitive than ever before, which makes each and every battle a joy. It almost feels as good as that of a character action game, in fact. 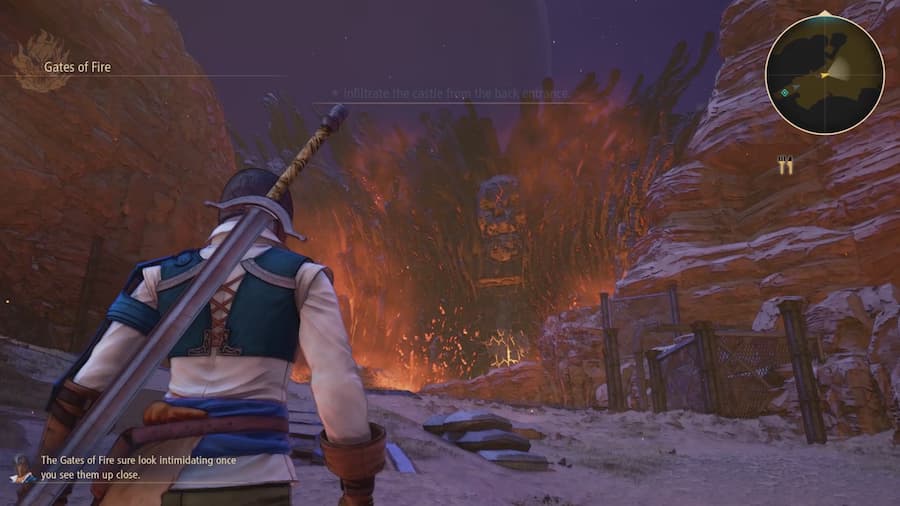 While it took me less than a handful of hours to play through the first chapter and defeat the mighty boss laying in wait at the end of it, I could have spent a few more hours exploring the world if I’d wanted to. There are side-quests to complete, powerful monsters to defeat, and so many items to loot. Chests can hold anything from equipment to useful consumables, while ingredients and materials can be plucked from the land. The former can be used when resting – cooking something to eat will provide temporarily stat-boosts, as usual – while the latter can be used by a blacksmith to craft new weapons. Your exploits in the world will lead you to acquiring new titles, too, which in turn make new skills available to unlock. You’ll need to defeat lots of enemies to earn the SP required to unlock them all.

The real reason why I didn’t jump into all of the side content available in the first chapter of Tales of Arise, however, is because I didn’t want to spoil myself. It’s also the reason why I didn’t initiate all of the fully voiced skits that popped up on my travels. I’m simply eager to dive into the full game, and then, when I’m replaying the first chapter, I’ll do everything I possibly can. I’ve played enough of Tales of Arise to see that it has all the ingredients of a JRPG classic, and that has me excited. I want to adventure more with Shionne and the iron masked Alphen; I want to see the world they inhabit, make new friends and engage in combat with their enemies. I think you will, too. JRPG fans, keep Tales of Arise firmly on your radar.