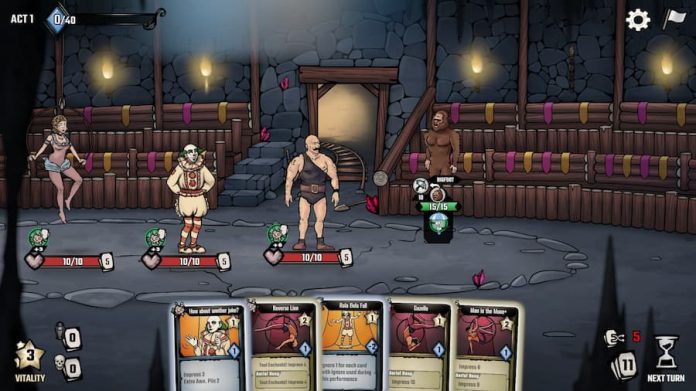 And by “glory days”, we mean animal abuse and shoddy business practices, because, let’s face it, the patrons of these circuses never saw what was going on behind the scenes. P.T. Barnum, for example, purchased two Beluga whales, shoved them in his basement and they died two days later.

So it’s probably a good thing that The Amazing American Circus does away with animals, barring the odd chicken (and Bigfoot), though it’s not clear if it’ll let you exploit your employees to a horrific extent. It’s an odd blend of card game and management sim; setting up and maintaining your circus is the management side, while the live shows are where the cards kick in.

“A single card could provoke cheers or jeers,” says Klabater, developers of The Amazing American Circus. We’re curious to see as to whether you’ll be able to use the same card set in each region or, as we hope, you need to tailor your performances to each town, as you take your show on the road. The game certainly looks gorgeous, with an art style that emulates the circus posters of the era.

So will The Amazing American Circus be a show worth taking in? You can find out this September 16th to find out, which is when it launches on PC (via Steam and GOG), Xbox One, Playstation 4 and Nintendo Switch.