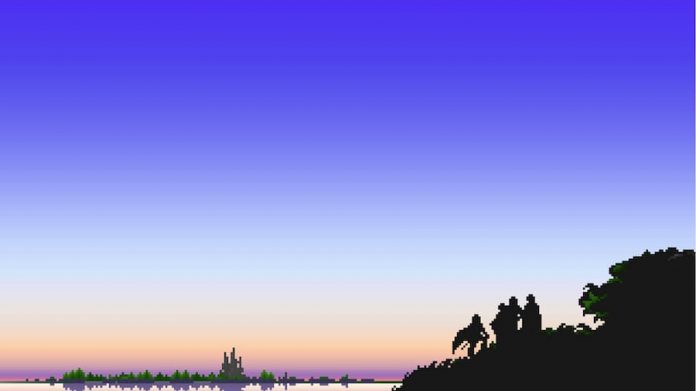 Like many people, I imagine, I got onto the Final Fantasy series thanks to the phenomenal Final Fantasy VII, released on Sony PlayStation in 1997.

I’ve played pretty much every new Final Fantasy since then, though I’ve never been able to get into the older, classic, games. I’ve tried, trust me. I remember getting quite far into the PlayStation release of Final Fantasy VI, with its long loading times, but eventually tailed off. And the even earlier entries failed to capture my attention at all thanks to simply how dated they had become. Things are now different, however, thanks to the Final Fantasy Pixel Remasters.

Only the first three Final Fantasy games are available via the Pixel Remaster series currently. And they’re only available via mobile and PC. Eventually though, all six classic Final Fantasy games will find themselves updated, and if there’s demand they might make their way to consoles. Here’s hoping, because they truly are the definitive versions of these much-loved RPGs.

So what makes them so good, you’re probably wondering? Well, as you can guess from the “Pixel Remaster” descriptor, the pixel art for all three games has been redone, but in a way that preserves their original aesthetic. That basically means they all still look old, but yet have never looked better. Needless to say, some might find the visuals a little off-putting, but others will revel in their retro charm. What you can’t see in screenshots, however, is what’s been done with the soundtracks for these games. Overseen by the legendary Nobuo Uematsu, each and every track has been lovingly remade for these pixel remasters. With such amazing music blaring out as you go about your adventures and engage in battle, all three games are more engrossing than ever.

It’s the new quality of life features that really catapult these new versions of Final Fantasy 1-3 to definitive status, however. For a start, they’ve all been rebalanced, smoothing out the gameplay experiences they provide for newer audiences. The original Final Fantasy can still prove to be a little prickly at times, however; you could have just breezed your way though ten or so random battles only to find yourself wiped out when you encounter something new. Autosave and quicksave systems take the sting out of occasional surprises though, and also make the games more flexible when it comes to time commitment. No longer do you need to do quite as much in one sitting, and worry that if you lose to a boss you’ve got to redo a fairly large chunk of progress. 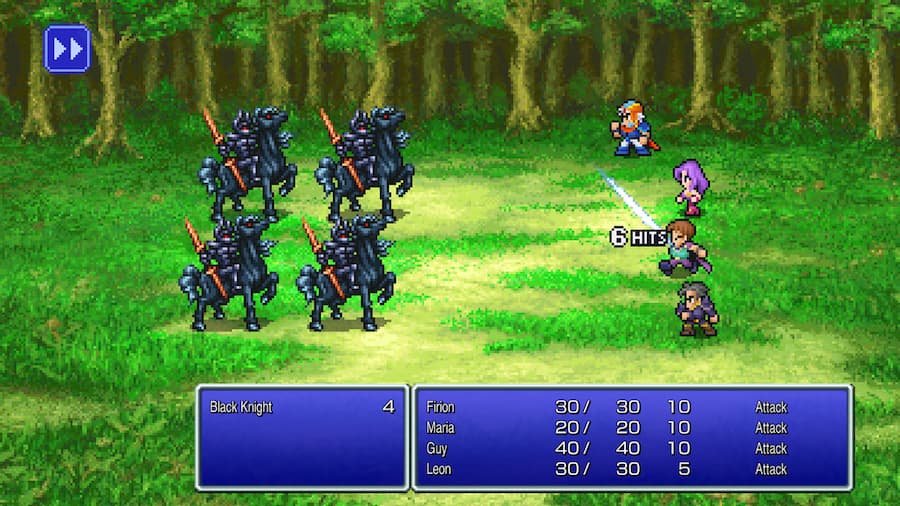 There’s more, too. Don’t want to have to keep selecting commands for random battles? You can just turn on auto battle mode, allowing your characters to fight for you. When exploring, you’ll also hugely appreciate the introduction of minimaps. In towns you’ll quickly be able to identify shops and inns, while on the world map you’ll have a better idea of where you’re headed and how to get there. With the simple push of a button you can adjust the size of the minimap as well. Oh, and you can now run in some areas, making the pace of your adventure that bit more brisk.

Other bonuses include a music player, so you can listen to the games’ wonderful tracks at your leisure, as well as a bestiary and an illustration gallery. It’s just a shame that some of the features found in the remasters of PlayStation-era Final Fantasy games haven’t been implemented, such as the ability to turn off random battles, increase overall gameplay speed and easily max out certain stats or Gil. With these, the Final Fantasy 1-3 pixel remasters would have been even more accessible and definitive. 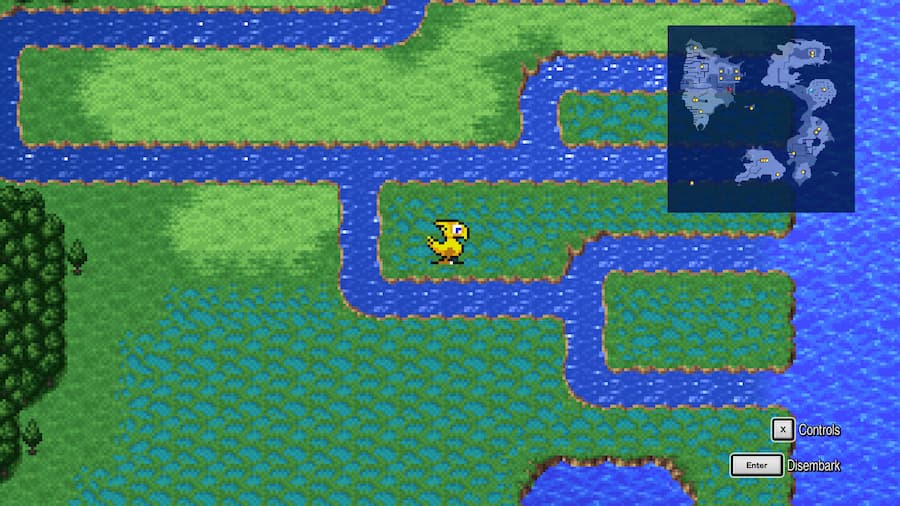 Of course, being Final Fantasy games, Final Fantasy 1-3 all have their own unique characters and gameplay quirks. In the first Final Fantasy, for example, you’ll be putting together your own four-strong party, choosing their classes and names. It’s light on story, but you’ll be taking control of these Warriors of Light as they attempt to restore a world overcome by Darkness. Final Fantasy II, on the other hand, puts story more at the forefront. It also does away with the traditional levelling system, with characters instead growing in strength from battle to battle depending on how they’re used. And then there’s Final Fantasy III, the game that introduced the job system to the series.

Some ardent classic Final Fantasy fans may take issue with some of the changes introduced in these pixel remasters, but for the huge majority of gamers these will be hugely appreciated. Never before have the first three Final Fantasy games been so welcoming or absorbing. And while they all still retain their retro looks, they feel much more up to date in the gameplay department, and have absolutely sumptuous soundtracks to boot. Square Enix has done a great job with these, and we can only hope that they make their way to consoles in the future. Alongside Final Fantasy 4-6, of course.