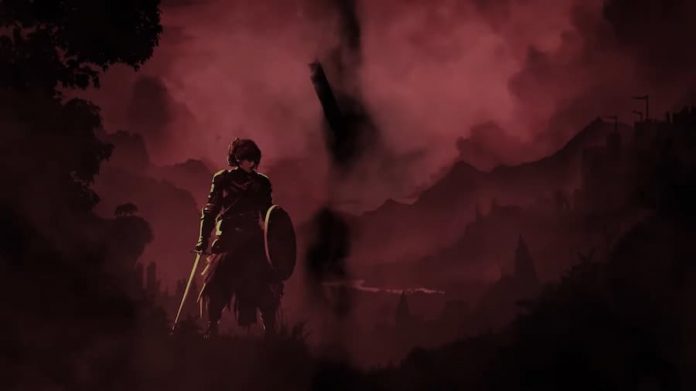 A game that you play with your eyes closed? It sounds absurd, but that’s exactly what The Vale: Shadow of the Crown is.

The tale of a medieval warrior, The Vale: Shadow of the Crown puts you in the shoes of Alex. She was born blind, but her uncle has made sure her lack of sight has never stood in her way. You see, he’s trained her in combat; she might not be able to see her enemies, but she can certainly sense them. And thanks to being adept with a sword, shield and even a bow and arrow, she has no trouble in dispatching them. It’s second nature to her, now she’s a skilled fighter. But what about you; how well can you cope without your sight?

Being asked to play a game with next to no visual clues whatsoever feels like a daunting task. Especially when a game involves exploration, adventure and toe-to-toe combat. But through auditory cues and an excellent use of spatial audio, you’ll soon become as adept as Alex herself. You’ll put up your shield as you hear an enemy step to your left, swinging your sword moments after to catch them off guard. Then, you’ll hear a sword being drawn to your right; quickly, you’ll change your stance, pointing your shield the other way. You’re not quite sure how you’re managing, but taking down enemies in The Vale leaves you feeling like a true hardened warrior.

There’s an engaging story to hear, too. You see, Alex has been separated from her family. She’s 500 miles away from home and has absolutely no idea how to get back. She soon runs into a lone shepherd, who agrees to help her – after all, Alex comes from a rich family, and she’s promised him great rewards when she gets home. And so the two of them band together, making their way through towns, forests and swamps, coming up against all manner of trouble on the way.

The story feels a lot like listening to a radio drama. Well-acted dialogue plays out, setting the scene and unfolding the narrative, line by line. It’s very well presented and it’s always very clear exactly what’s happening. When a specific action is required from you, a narrator steps in, giving you clear instructions on what to press. But most of the time, your inputs will flow naturally. You’ll know when combat is about to begin, and you’ll know when you need to move around.

Navigating is perhaps the trickiest thing in The Vale: Shadow of the Crown. You’ll need to tune in carefully to the sounds around you; maybe you’ll need to follow Shepherd’s voice, or maybe you’ll need to head for, say, a river, or mill wheel. You’ll need to pick out that sound and head towards it. You’ll need a decent pair of headphones to truly enjoy The Vale; try playing with just your TV’s sound and you’ll have a headache of a time. But with a good headset that can separate sounds to your left and right ears, you’ll get the hang of it in no time.

Of course, The Vale: Shadow of the Crown doesn’t give us a full understanding of what it must be like to live without sight, but it goes some way in trying to simulate the experience. For that alone it deserves to be praised. This is a hard thing to convey in a videogame, a medium that is heavily visual before anything else. But developer Falling Squirrel has done a stand-out job in delivering an engaging experience that relies solely on sound. It perhaps shouldn’t work, but it does – and simply for how different it is to anything else, The Vale deserves to be played.

After all, how many other games can ask you to sit back and close your eyes before you start playing?

The Vale: Shadow of the Crown is available now on PC and Xbox.