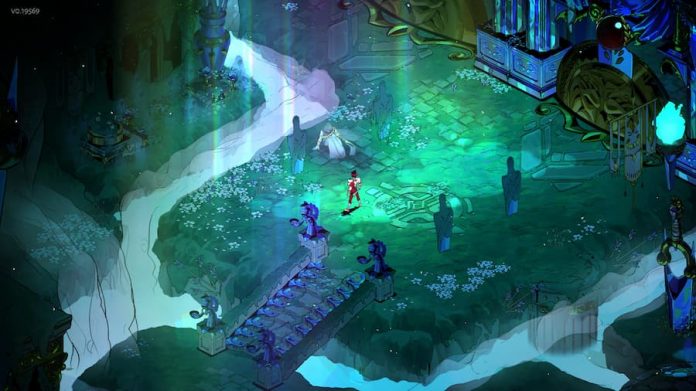 Since it’s now out on PlayStation and Xbox consoles, there’s a good chance you’ll be jumping into Hades for the first time. So, how about some tips to help you on your way?

Hades is tricky, even for the most seasoned action gamer. Its combat is fast-paced and frenetic, and so getting used to it can take some time. And with so many different upgrades, perks, abilities, weapons and unlocks to get familiar with, there’s an awful lot to take in. Let us help you get to grips with your escape from the Underworld. Read on for our tips on playing Hades.

Related: Read our review of Hades on PS5

The first of our Hades tips is a rather obvious one: try every weapon, and try a variety of boons from a variety of Gods. You’ll likely find your favourites eventually, but it’s worth trying out as many different combinations as possible. Playing Hades with a sword feels very different to playing with a bow and arrow, which again feels very different from playing with a shield. Each of those weapons can be changed up yet again depending what boons you have equipped – those are the upgrades you’ll be given from Gods as you play and clear a room. One might add damage over time to your attack; another might increase range. Your first few runs should be spent experimenting, and having fun.

Familiarise yourself with every door

One good thing about Hades is that it gives you a sneak peek of what reward awaits you in the room ahead. Notice those symbols on the doorways into the next area? That tells you what you’re going to get. It’ll show you if a God will offer you a boon, or if you’ll be able to pick up Darkness, Gemstones, money, or a Key. Sometimes you have a choice, and that can be the difference between life and death. If you’re low on health, for instance, go for a shop rather than the next battle – it might contain some health for you to buy, and you know you’ll not be engaging with any other foes.

A big part of Hades is its narrative, and much of that unfolds back in the Underworld. Between runs, make sure you take time to speak to everyone, or listen to their conversations. Even if you’re more interested in the action than the story, it’s so wonderfully presented that it’s worth taking in.

Dash is your best friend

You’ll need to use your dash a lot in Hades. Every room you find yourself in is packed with enemies, all of which will have different attacks to throw at you. Ranged attacks, bombs, dash attacks – you name it, they want to kill you. Thankfully, Zagreus – that’s you – has a strong dash attack which can be used multiple times. You’ll need to constantly stay on your feet if you want to avoid attacks. Your dash can also be upgraded with various boons from the Gods, sometimes doing damage where you land or where you set off from. It can be a useful way to leverage a bit more damage onto your foes.

This is probably the most important of all Hades tips. Hidden in the game’s menu is the option to turn on ‘God Mode’. If you’re finding Hades a little difficult, don’t be ashamed to turn it on. It doesn’t make you invincible, so you’ll still have a challenge on your hands. Instead, it gives you a 20% damage resistance. With it turned on, every time you die that resistance will go up by 22%. So each time you die, the game will get a tiny bit easier. You’ll still earn achievements with God Mode activated, too.

Give gifts, and make use of what you receive

One pick-up you can get for clearing a room in Hades is a bottle of Nectar – this is a gift that you can give to a god of your choice. In return, that god will (usually) to give you a keepsake in return. The keepsake is something you can equip by visiting the weapons room (the area just before you begin a run). Each one has its own perk; maybe you can guarantee a specific god to offer you a boon, or increase your HP. Try out what works, and find the ones you like best. The more you use them, the more powerful their perks will be.

The most common reward you’ll find in Hades is Darkness, a purple gemstone that can be used to purchase upgrades back in the Underworld, in Zagreus’ bedroom. Interact with the mirror to spend them. There are a few useful ones that you’ll want to put points into, but by far the most useful is Death Defiance – this allows you to instantly revive after dying, with half of your HP in tact. You can purchase up to three instances, though the price massively increases after the first. You’ll be able to buy one Death Defiance relatively quickly, with its low price of 20 Darkness. Further instances, however, cost 500 and 1,000 respectively, so they’ll take some saving up.

Another useful perk that you can spend Darkness on is the ability to deal added damage if you attack an enemy from behind. As such, get into the habit of trying to hit enemies from behind. It’s not always easy when you’ve got lots of enemies coming at you, but managing to do so will mean they go down much quicker.

Want more help with Hades? Click here to see all of our guides.