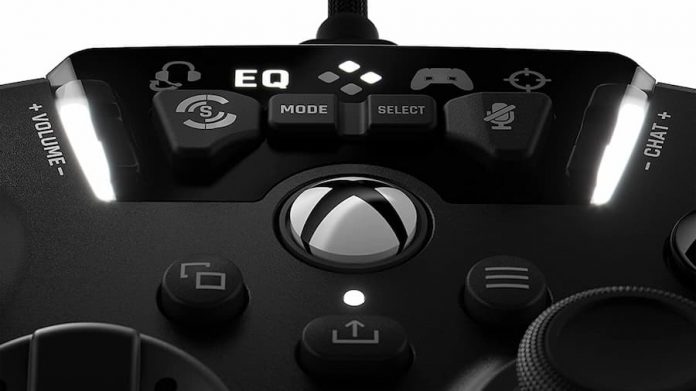 That’s certainly true for Turtle Beach’s new Recon Controller. A wired Xbox controller, it apes all the functions of an official Xbox controller, while also adding in a suite of very useful bells and whistles. The extra buttons and icons, crammed into a small space at the top of the controller, above the ‘Xbox’ button, make for a busy and somewhat ugly appearance. But if you’re someone who frequently uses a headset when gaming, you’ll quickly not be able to live without them.

You see, the Turtle Beach Recon Xbox Controller packs in a range of audio enhancement features. Regardless of what make or model your headset is, you can tinker with audio profiles, EQ balancing and more right from your controller. One button will instantly enable ‘Superhuman Hearing’, a feature designed to enhance subtle sounds to improve your game. It certainly did seem to make audio a little crisper for us, although its usefulness will ultimately depend on what game you’re playing and what headset you’re wearing.

What will be useful for everyone, though, are the four EQ profile presets that can be cycled through with a touch of a button. You can choose between Default, Bass Boost, Bass & Treble Boost and Vocal Boost, settling on whichever one sounds best for that particular game. Also built into the controller are game volume and chat volume buttons, and the ability to mute your mic. Not all headsets have these functions built-in, so it’s extremely handy being able to do so right from your controller. 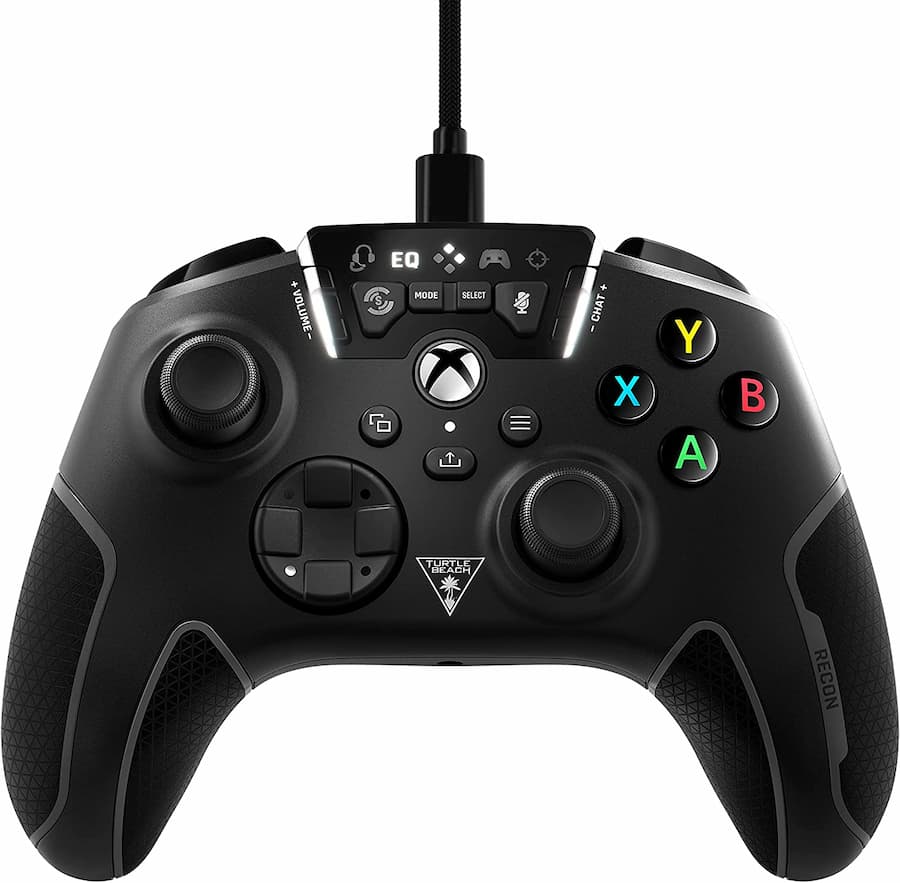 The Turtle Beach Recon controller also sports something called Pro-Aim Focus Mode, which makes the sensitivity of the thumbsticks more accurate for long-range aiming. Again, something that won’t be useful in every game or to every player, but if you typically play FPS games, it’s something you’ll likely find handy to have. There’s also two additional buttons on the back, which can be mapped to whichever input you’d like. We do note that these are very easily pushed by accident though, so you might want to bear that in mind if you decide to use them.

In terms of ergonomics, the size and shape of the Turtle Beach Recon Xbox Controller is very similar to an official Xbox controller. It similarly fits in your hands, and the buttons are almost identically spaced, so it won’t take much getting adjusted to. There’s the addition of grips that wrap around both handles, which Turtle Beach claim are “ergonomic and cooling”. We didn’t particularly notice our hands staying any cooler than usual, but they certainly didn’t get sweaty or uncomfortable. The triggers, shoulder buttons and programmable back buttons are all heavily textured for better grip – some users may find these slightly too textured depending on what they’re used to, but you’ve certainly no risk of your fingers slipping off the button. 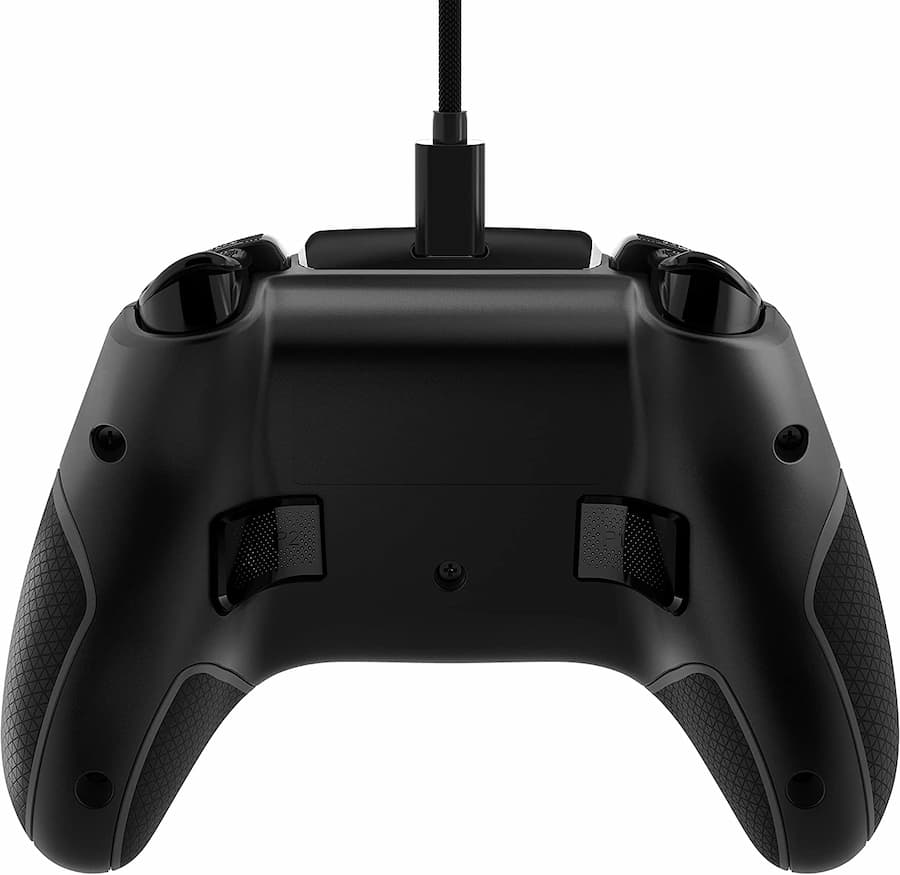 Despite its other bells and whistles, the main draw of the Turtle Beach Recon controller is undoubtedly its built-in audio features. Yes, they make the controller look more cluttered than we’re used to, but these are excellent features to have directly at hand, especially if you frequently use a headset. Of course, if you rarely play with a headset, they won’t be much use to you. But if you do, you’ll likely become so used to them that going back to a standard controller will be a difficult thing to do. There’s one major compromise, of course – this is a wired controller, so you’ll need a cable running between it and your console – but it’s a small price to pay for the convenience of audio controls at your fingertips.

The Turtle Beach Recon Controller is available now priced at £49.99. It’s compatible with Xbox One, Xbox Series X/S and PC.