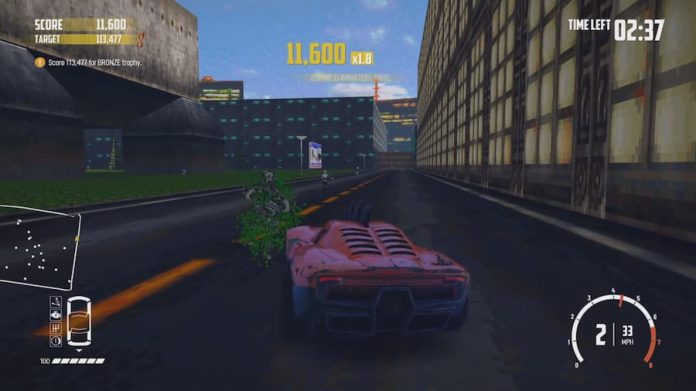 Thanks to rewarding players for running over pedestrians as they compete against other bloodthirsty drivers, Carmageddon is one of the most controversial game series ever created.

With the first game released way back in 1997, the latest entry in the series is 2016’s Carmageddon: Max Damage; an updated version of 2015’s Carmageddon: Reincarnation, which was only made available on PC, it was developed by series creators Stainless Games and reached a wider audience thanks to it being available on both PC and consoles. We quite liked it too, as you can find out thanks to our review. Though of course, in the modern age, the concept of the game isn’t quite as shocking as it once was.

We’d assumed the series was dead once more, thanks to hearing nothing about it since, but Wreckfest‘s latest tournament has firmly reignited our passion for it, as well as given us hope that a new one may happen at some point. You see, THQ Nordic acquired the Carmageddon IP from Stainless Games back in 2018. And you know what else THQ Nordic acquired in 2018? Wreckfest developer Bugbear Entertainment. Now we have a Carmageddon-themed tournament in Wreckfest some three years later. Is it a coincidence? Possibly, but we have to wonder if there’s more to it.

Wreckfest is a few years old now, depending on which format you’ve been playing it on, and has had a steady stream of downloadable content released for it since. Bugbear Entertainment hasn’t yet announced what its next title is going to be, however, and it seems like the perfect developer to have a go at the Carmageddon IP. After all, it’s already got one aspect of the gameplay finely tuned: vehicular mayhem.

Thanks to the Wreckfest x Carmageddon crossover, two environments from Carmageddon are now available in Wreckfest: Bleak City, and Devil’s Canyon. In Tournament mode there will be weekly Death Race events set in one of those environments, challenging players to race through checkpoints in the classic Eagle R car that’s also been introduced, while also crashing into opponents and running over pedestrians and cows. Well, green-blooded zombie pedestrians and cows. This is still Wreckfest, after all. 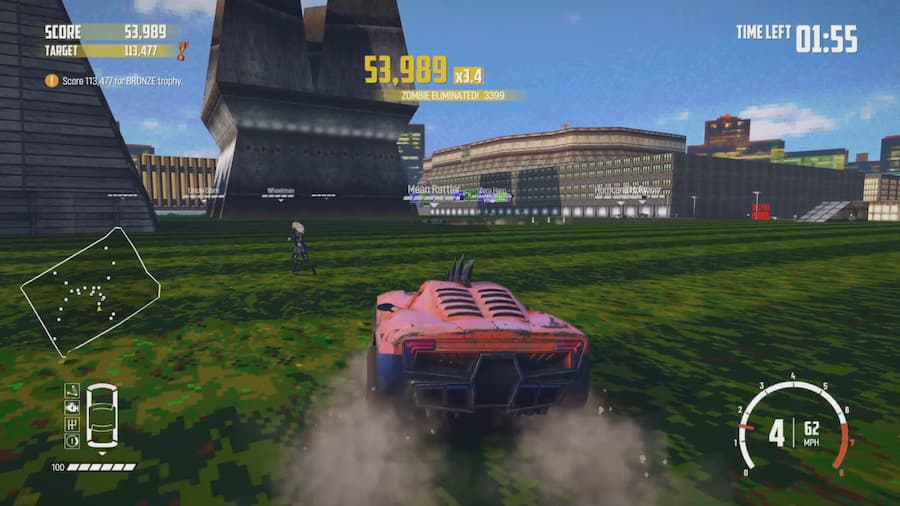 A monthly Carnage Accumulator event will also be available, letting players loose in Bleak City for three minutes. Once again players will take control of the Eagle R, and they’ll need to chain together crashes as well as zombie kills in order to score big. It’s simple, but it’s fun. The old-school visuals add to the charm, too.

You can check out a video of the current Carnage Accumulator event below, recorded via the PS5 version of the game. And if you own Wreckfest on any format, why not give it a go for yourself, as the tournament is absolutely free for all players. Just make sure your game is updated, and you’re ready to go.

If you don’t own Wreckfest yet, check out our review and then perhaps buy a copy. It’s a hell of a lot of fun if you like vehicular destruction and intense races.