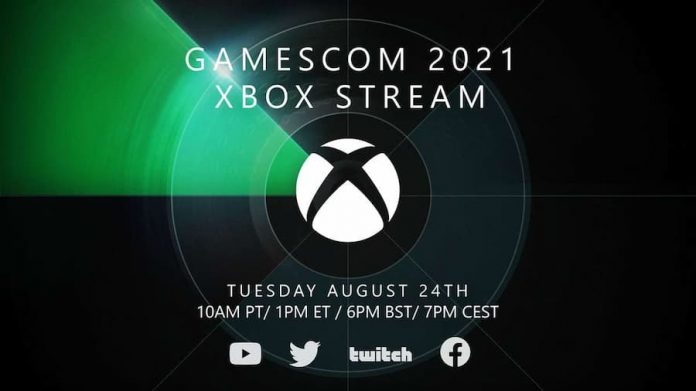 It doesn’t seem like two minutes since we were watching Xbox’s E3 stream, but there’s another one coming later this month thanks to Gamescom.

Today, Xbox has announced that it will be hosting a Gamescom stream, showcasing a number of upcoming titles and providing updates on those in development. It’ll be streamed lived on Tuesday 24th August at 6pm BST, and you can watch via Twitch, YouTube, Twitter or Facebook.

Since this year’s Gamescom is a completely virtual experience – thanks Covid, etc. – there’ll be no show floor for developers and publishers to show off their games on. So we very much doubt Xbox will be alone in broadcasting their own stream.

Exactly what will be shown off during Xbox’s Gamescom stream, though, remains to be seen. The details, provided via Xbox Wire, simply state as follows:

“You’ll get in-depth updates from some of our previously announced Xbox Game Studios titles alongside some of our third-party partners, including some of the incredible titles coming to Xbox this holiday, upcoming releases to our monthly subscription service, Xbox Game Pass, and much more.”

That doesn’t sound like we’ll see any brand new announcements, then; it’s more likely we’ll simply get more information on in-development games we already know about. Though it is likely we’ll find out about some new titles coming to Xbox Game Pass.

Either way, we don’t have too long to wait to find out. The steam will be held in two weeks, on 24th August, and we’ll have all the news right here. Read more about the Gamescom Xbox Stream by clicking here.