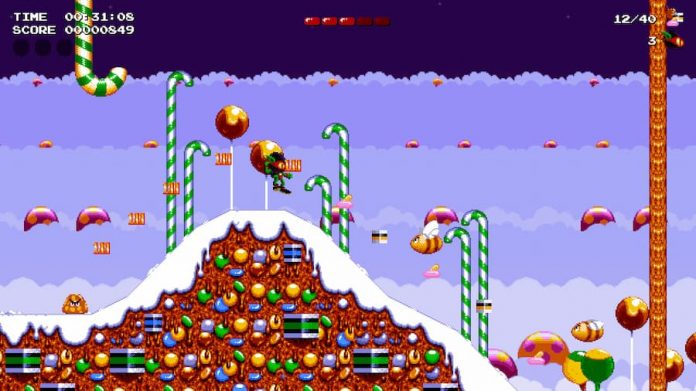 If you were a child (or teenager or adult) in the 1990s, there’s a very good chance you’ll remember a platform game called Zool.

Well, Zool is back, in the form of Zool Redimensioned, bringing unfiltered 90s platforming back to PC for us all to get a sweet, sweet slice of nostalgia. This is Zool exactly how you remember it, with the addition of some bells and whistles. Oh, and less Chupa Chups. Blatant product placement is not what it once was. You’ll have to make do with generic lollipops now. Sorry.

Zool is your standard platforming game; run around, jump, shoot enemies or jump on their heads. Along the way, you’ll pick up collectibles of various shapes and sizes and, at the end of four levels, you’ll fight against a boss. You’ll rinse and repeat this process across seven worlds, all with their own unique theme, and all getting slightly more difficult as you press through.

There’s a killer soundtrack to accompany the action, just as impressive now as it was 30 years ago. Yes – the original Zool is almost thirty years old, with it first releasing in October 1992. If that doesn’t make you feel old, I don’t know what will. It’s a testament to how good Zool was at the time that it still stands up today. It’s clearly an old game, sure, but it’s fun, wonderfully designed and stands the test of time. Though that’s partly because to the quality-of-life tweaks made by Sumo Digital Academy, the graduate team of developers behind Zool Redimensioned. 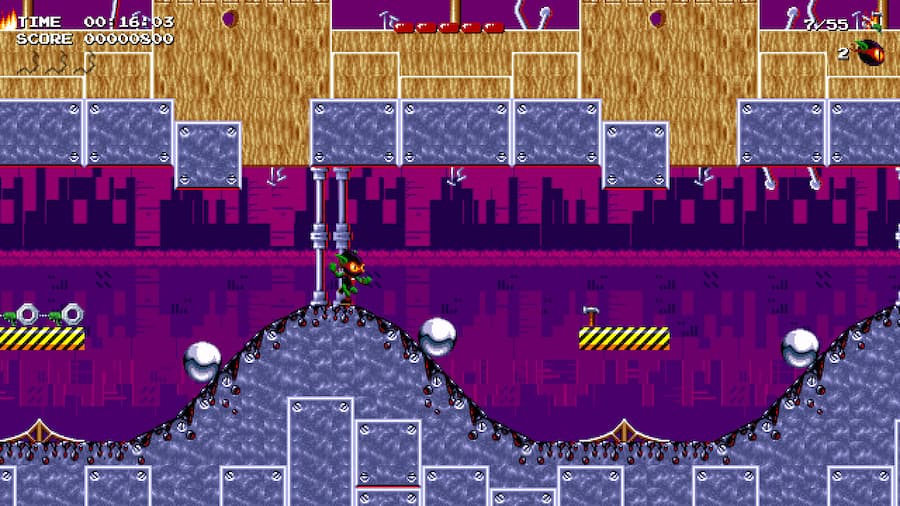 This isn’t a remaster or a remake; rather, it’s the same game with a few modernisations. In terms of graphics, you can toggle on and off a CRT screen filter, but these are the same 16-bit pixels you remember from the 90s. Some levels have been slightly tweaked to make them less frustrating, and players can now resume their progression from their current level. A new game mode has been added, too, and there are a number of accessibility options to make the experience easier.

Jumping into Zool Redimensioned for the first time, you’ll be asked if you want to play ‘Redimensioned’ mode or ‘Ultimate Ninja’. Ultimate Ninja is the old-school experience: there’s no double-jump, and you’ll need to pick up a set number of collectibles before you can progress. Redimensioned, however, is the modernised version: now, Zool can double-jump, and you’ll not need to collect anything in order to complete a level. You can go one step further, if you want, by toggling on turbo fire, infinite jumping or invincibility from the menu. 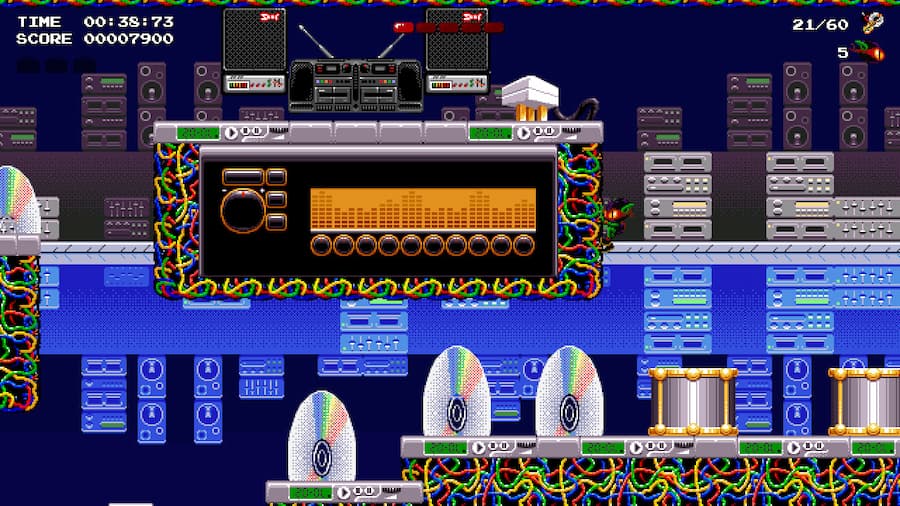 If you’ve never played Zool before, then Zool Redimensioned might not seem that special to you. After all, in the 30 years that have passed, a number of platform games have come and gone, many of them no doubt superior to Zool in numerous ways. But if you do have fond memories of playing the game on your Amiga, SNES or Mega Drive, then you’ll surely get a huge kick out of Zool Redimensioned. This is a true slice of nostalgia, delivered in a perfectly-tuned package. We bet you can’t play it without a smile on your face.

This review of Zool Redimensioned has been facilitated with a code provided by the publisher. It’s available to play on PC. 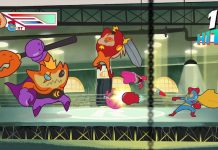