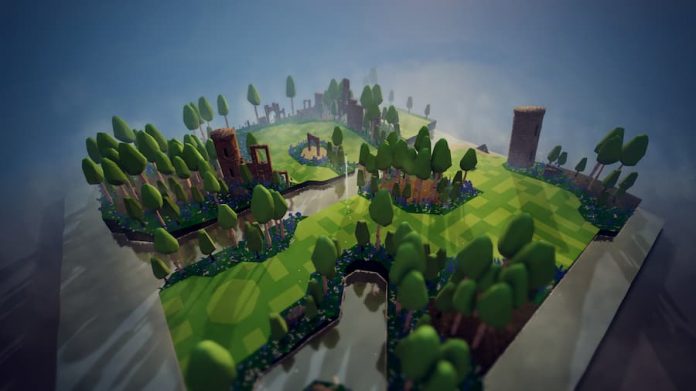 Coming later this year from Okidokico and Playtonic Friends, A Little Golf Journey might just be the prettiest golf game you’ll ever play.

Rather than being a serious golfing simulator, it sits somewhere in-between being a golf game and a puzzle game. Indeed, you’ll line up and power your shot, with your ultimate goal being to get your ball onto the green and into the hole. You’ll also want to do it in as few shots as possible (though you won’t hear the words ‘par’, ‘birdie’ or ‘bogey’ being thrown around anywhere).

What sets A Little Golf Journey apart, however, is that getting to the hole isn’t exactly a linear affair. Yes, each playing field (for lack of a better term) is fairly small, but if you follow the curvature of the course, you’ll likely wind up with a less than stellar score. You’re awarded stars for your performance, and managing to put the ball in the hole in the fewest amount of shots will grant you three (or sometimes more) stars. The more shots you take, the fewer stars you’ll get – and those stars are important, as you’ll need to accrue them in order to progress through the game.

So, rather than taking an obvious route around the course, you’ll need to look for shortcuts. Before taking any shot, you can pan around the course, weighing up possible routes and trying to decide what’s best. You have the tools at hand to hit the ball to a precise location, and also the ability to ‘power up’ a shot, sending it flying a little further at the expense of some accuracy. Pelting the ball is sometimes a worthy option, but other times, a shorter, more considered shot may be exactly what you need. 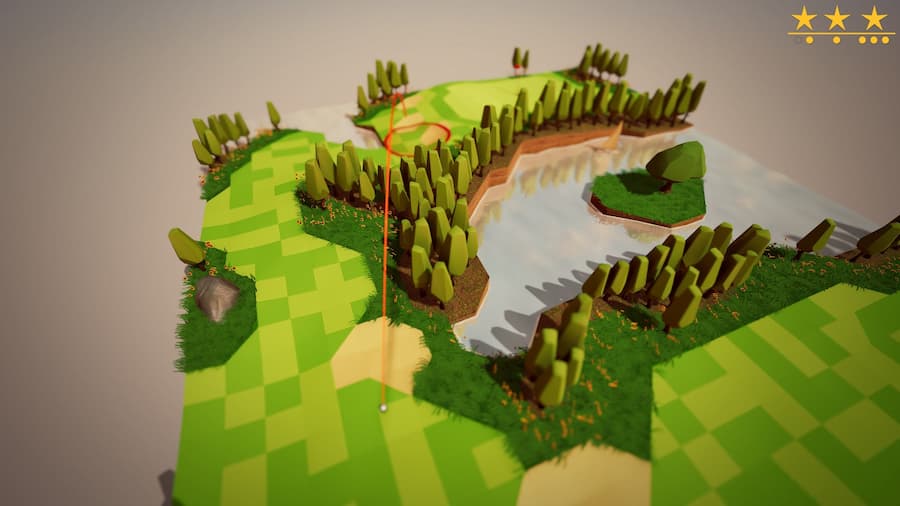 If you’re aiming for high scores, A Little Golf Journey is not easy; it’s downright challenging, in fact. But as you play, you’ll learn tricks of the trade, and you’ll likely find yourself revisiting earlier levels to earn a couple more stars. But even with its level of challenge, it’s a relaxing little journey indeed. It helps that it looks so sublime, and with no time pressure, you can take as long as you need to line up each shot. Or simply pan around, admiring your environment if you wish.

With over 100 levels to work through, split across ten distinct worlds, there’s plenty to go at in A Little Golf Journey. Whether you want to aim for three stars on every level and truly test your mettle, or whether you want to enjoy the scenery and simply scrape by, this is a game worth keeping your eye on. Even if you’re no golfing aficionado.

A Little Golf Journey is scheduled to release on PC (via Steam) and Switch on 13th October. 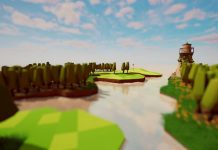