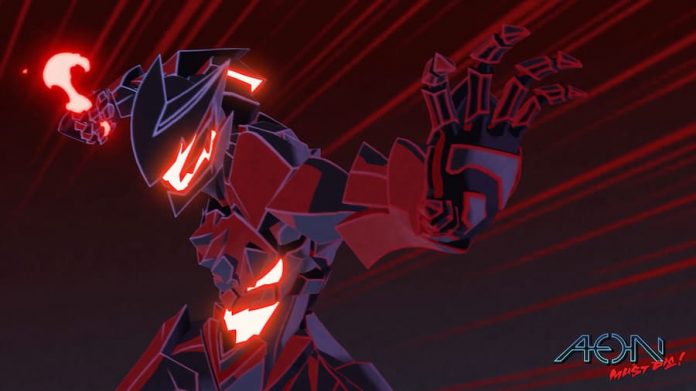 Betrayed and left for dead by his generals, Aeon, Emperor of the Void Armada, has chosen you as his host.

You don’t want him within you, but while your goals align there’s nothing much you can do but grin and bear him. After all, he does offer you great power. And so begins Aeon Must Die, a beat ’em up quite unlike any other we’ve ever played.

So, what makes Aeon Must Die unique? For a start there’s its combat system. You don’t have a health bar – instead it’s all about managing your heat. Standard attacks build heat, and so does performing a parry. On the flip side, using your powerful flame attacks reduces heat, as well as dashing. Guided by a meter at the bottom of the screen, it’s your task to never get too hot or too cold, otherwise you’ll end up in a dangerous state where only one hit can kill you. You might find your fighting capabilities hindered, too.

Making matters worse is that successful enemy attacks will also change your temperature depending on their colour. Red enemies will heat you up, blue ones cool you down, and green ones take you closer to your current extreme. Needless to say, in the heat of battle, it can be hard to keep track of your current temperature and what moves you should be using to maintain it. Especially when enemies can also perform colour-coded attacks that signify whether they’re to be interrupted or dodged.

The saving grace is that you’ll only ever be fighting one enemy at a time in Aeon Must Die – you know, honour and all that. Other enemies will litter the side-lines, and may even try to help their comrades from time to time with sneaky moves. You can always grab your current target and throw them at an enemy on the side-lines to interrupt any such nonsense, however. 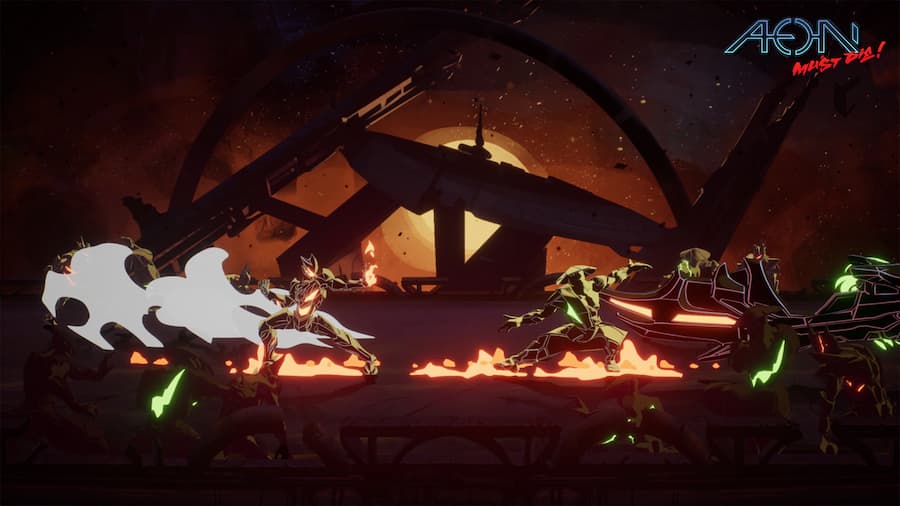 Adding further complexity to the whole affair is a Purpose system, with enemies stealing one store of Purpose should they manage to defeat you. In the process, they’ll also power up. It’s a bit like the Nemesis system found in Shadow of Mordor and Shadow of War. Reclaim your purpose by taking them on at a later date and everything will be fine and dandy. You might lose to them again though, losing even more purpose and powering them up even further.

Lose all your purpose and Aeon will have full control of your body. The game won’t end, but you’ll surely not get a good ending. You can rewind time to certain points in the game if you want another crack at not having your body totally possessed, however. Throw in a system that allows your enemies to grow in comradery and learn new moves as you progress through the game, and you have your work cut out for you. 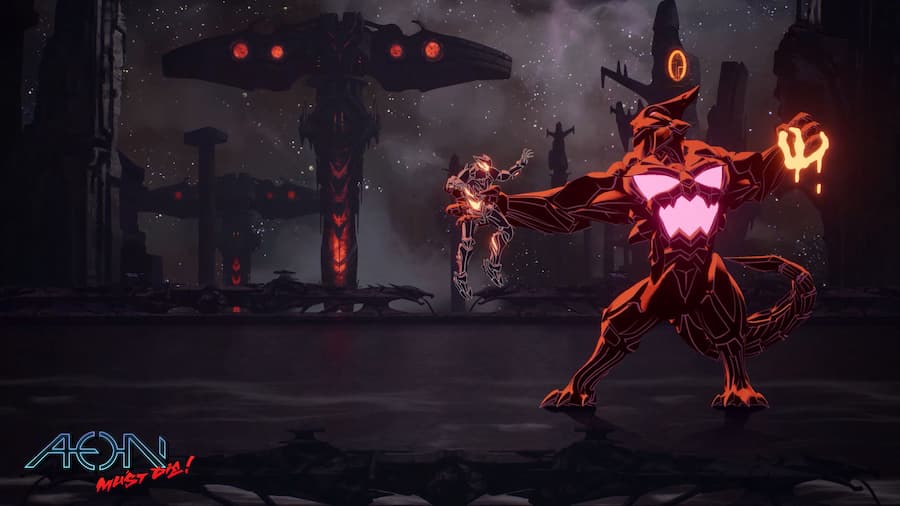 Thankfully, you can also develop your skills. You’ll earn respect points which can be exchanged with Aeon for a wide range of new abilities. Power cells can be used to upgrade your rather snazzy bike, too, enabling you to call upon it to assist you in battle. You can make it attack enemies on the side-lines, for example, or take a killing blow for you.

With its comic book style presentation – each scene essentially takes place inside a cell – Aeon Must Die certainly stands out from the crowd. Especially when you factor in its eye-catching art style and pounding synth-heavy soundtrack. Needless to say, beat ’em up fans will want to keep their eyes on it as we creep ever-closer to its release. Our time with it has shown that it’s more complicated than we could have imagined, and that might be what makes it one of this year’s standout experiences.

Aeon Must Die launches later this year on PS4, Xbox One, Switch and PC. 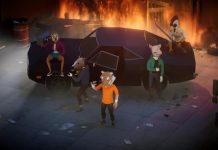