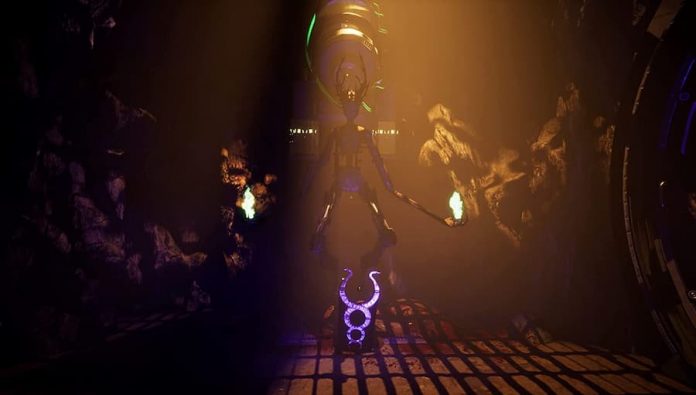 With its surreal blend of futuristic sci-fi and Norse mythology, Apsulov: End of Gods is anything but ordinary.

Waking up on what appears to be some kind of operating table, things don’t look good for Apsulov: End of Gods‘ unnamed female protagonist. Things quickly take a turn for the worse when a robotic angry voice starts shouting commands at her. But then there’s an opportunity to escape – and with you in control, of course you’re going to take it. The question is, now that you’re somewhat free, can you make it to safety? And can you also discover why you’re in such a predicament?

Pigeonholing Apsulov: End of Gods into a particular genre is rather difficult. It’s horrifying in places, but it’s hard to consider it a true horror game. Some might want to label it as a walking simulator, but multiple gameplay aspects mean you’re much more involved in the action than that would suggest. Whatever it is, it’s certainly an experience. Seeing the strange, almost alien, world that you’ve woken up in from a first-person viewpoint, you’re instantly sucked in, keen to find out more about it.

There’s a clash between the futuristic-looking halls you find yourself roaming around, and the archaic, perhaps even mystical artefacts stored within them; the blend of the old and new is a bit disconcerting. Your new surroundings aren’t devoid of life, either. Troubled humanoid creatures with seemingly skeletal goat-like heads wander about in despair. Further into the game, there are other ghastly abominations, too, and even invisible giants that block your path. You’ll need to make use of your special vision mode to see those.

Eventually you find that you aren’t defenceless against any creatures that decide to be hostile towards you, either. Equipped with a strange robotic arm, you can fire blasts of energy providing you have enough charge. One quick directed blast is enough to spring certain devices into activation, while a perfectly-timed blast at at the locks of some doors can allow you to circumvent their security measures. When it comes to using your arm as a weapon, however, you’ll need to use multiple charges – readying up a powerful blast before releasing it at just the right time. 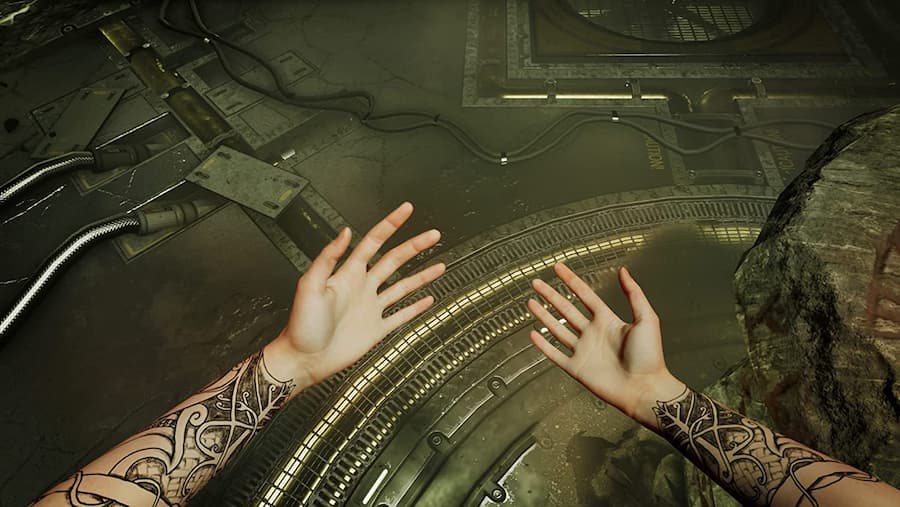 Mix in some light puzzle elements, and numerous portals that take you to mysterious lands that provide welcome new challenges and scenery, and you have a game that keeps you on your toes. One minute you might be sneaking though cold, metallic corridors. The next, you’ll be avoiding a giant’s gaze atop a frozen mountain. And after that, fighting off spider-like attackers as you descend in a lift. It’s engaging stuff.

It’s Apsulov: End of Gods‘ story that drives the action, and the less I tell you about it the better. All you need to know is that the world is in danger, and only you have the power to stop it. That old chestnut. The setting at least makes the yarn fairly original though, and there’s some solid voice acting along the way, as well as decent visuals and a tense soundtrack. 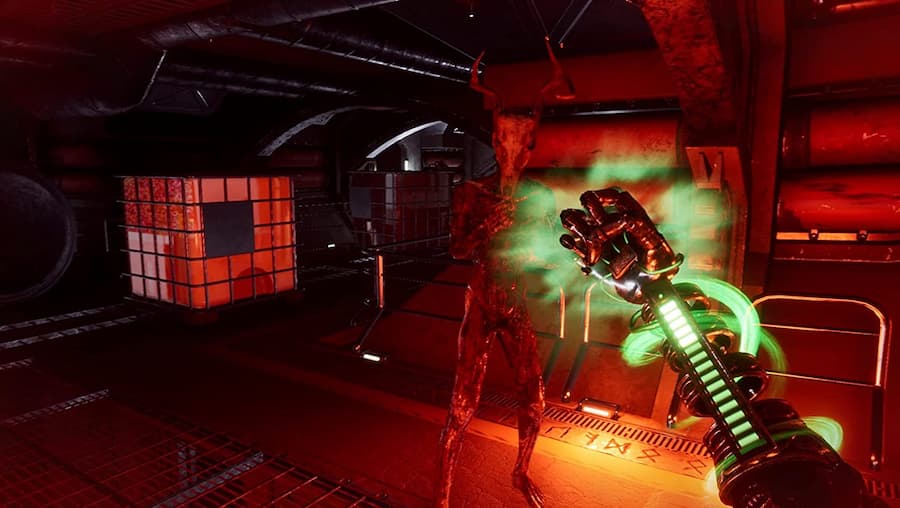 Chances are your first playthrough of Apsulov: End of Gods will take around five to six hours, but there are reasons to return. There are multiple endings, for example, as well as numerous difficulty modes, an unlockable New Game Plus mode, collectibles and other extras. For speedrunners, there’s even an achievement/trophy for completing the game in under two hours to aim for. In any case, there’s certainly enough content here for you to get your money’s worth.

Apsulov: End of Gods isn’t likely to set anyone’s world on fire – there’s nothing here that’s going to truly wow you. It is a well-constructed horror-adventure, however, and once it’s sucked you in it doesn’t let go until the credits roll. If you have a love of Norse mythology and want to see it successfully blended with a futuristic sci-fi setting to good effect, Apsulov: End of Gods comes highly recommended. Others might want to jump in, too, if they like games that offer something just a bit different.

This review of Apsulov: End of Gods is based on the PS5 version, with a retail copy provided by the game’s publisher. It’s available on PS4, PS5 and PC.