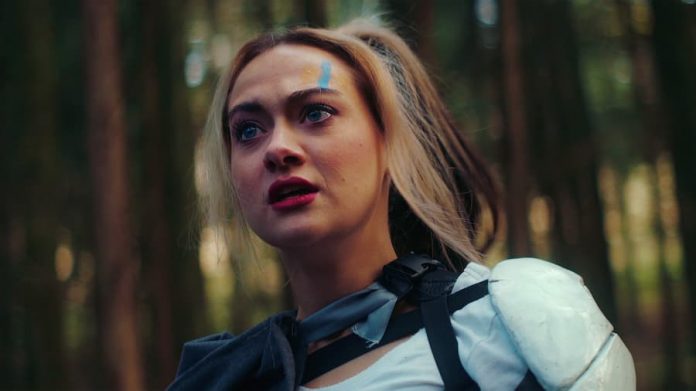 Those were the thoughts running our heads when we first heard about Bloodshore, the developer and publisher’s upcoming battle royale game, which arrives this November. After excellent interactive movies The Bunker and The Complex, we were worried they’d abandoned FMV in favour of selling a microtransaction filled multiplayer mess that would change its name twice before turning into a player-free ghost town.

Fortunately, Bloodshore isn’t a quick battle royale cash-in, it’s a fully fledged single-player FMV game which transports the battle royale format to the real world. Not unlike Stone Cold Steve Austin vehicle The Condemned, it revolves around a reality show where streamers, death row inmates and other “volunteers” fight it out.

Being an FMV game, you won’t be roaming around FPS style, but you will get to decide where you go, who you trust and, we suspect, who you kill. We’re certainly looking forward to getting our hands on it, not because we’re bloodthirsty wretches (we are) but because watching alliances crumble is half the fun of the genre.

Sporting eight hours of FMV footage, Bloodshore will arrive in November, though we don’t have an exact date yet. It’ll arrive on PC, PS4, PS5, Xbox One, Xbox Series S/X, Nintendo Switch, Mac, and iOS. You can check out the trailer below and wishlist it on Steam right now.