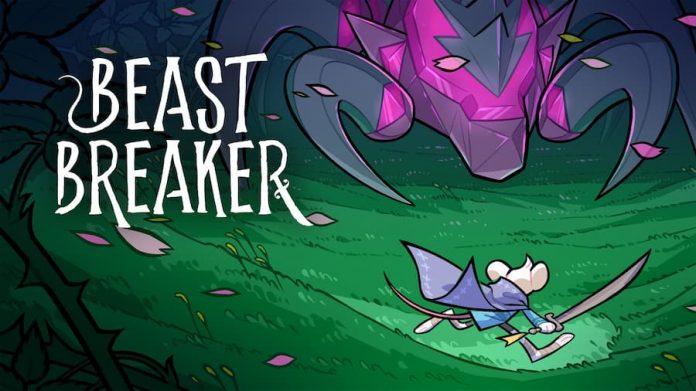 Remember the Atari classic Breakout, where you fire a ball off your paddle in order to smash the blocks at the top of your screen?

It’s a format that’s been replicated countless amounts of times, but none quite so unique as Vodeo Games’ Beast Breaker. Available now on Switch and PC, Beast Breaker takes Breakout‘s timeless formula and cleverly turns it into a series of epic turn-based battles against a range of armoured beasties.

Rather than hit a ball from a paddle, you instead send out an attack from your sword, taking as much time as you need to plan your trajectory. But once you’ve sent out your attack, it’ll bounce around until it runs out of steam, breaking each part of the enemy’s armour it makes contact with. The ultimate goal is to break enough armour to reach its core; a glowing pink area of the beastie that, when destroyed, will take down the whole of the foe with it. The catch is that the armour surrounding it will regenerated every time.

Beast Breaker isn’t a simple matter of combat, either. It’s packed with a story, told through beautifully hand-drawn scenes featuring rodential characters that you can’t help but fall in love with. In between fights and narrative exposition, you’ll also have chance to craft and gain new weapons and armour, changing up the attacks that are available to you in battle. There’s a surprising amount here, making Beast Breaker much deeper than it originally appears. 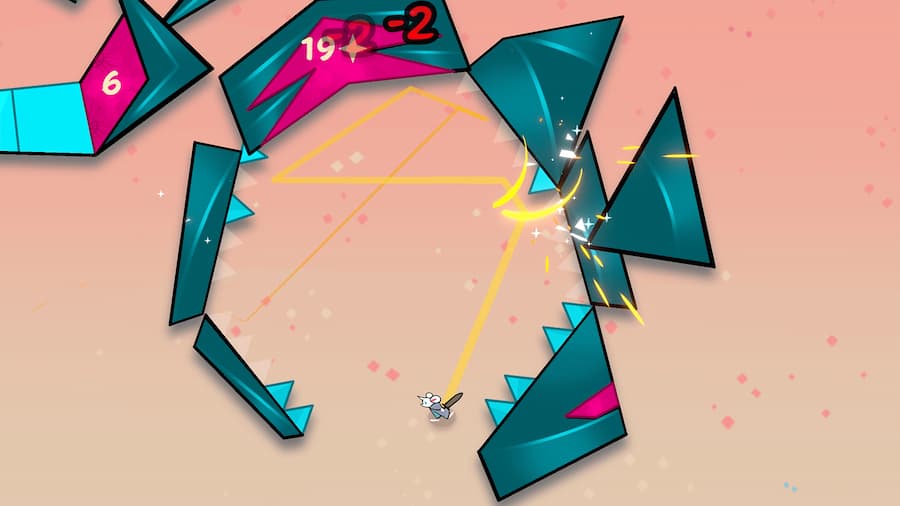 And while all the extra stuff is welcome, it’s undoubtedly the combat encounters that will keep you coming back to Beast Breaker for more. Sending your mouse pinballing around your screen, bouncing off armour and dealing damage to a giant foe is gleeful, for sure, but there’s more to it than that. You’ll need to watch out for incoming attacks; land in a danger zone and you’ll want to make sure you’re prepared with enough armour. You can also vary your attacks, depending on the equipment you’ve got and how much energy you have to use. Typically, you can attack twice on each turn, but what attacks are available will depend on your energy level.

Give the trailer for Beast Breaker a watch below. If it looks or sounds like your sort of thing, give it a go – you won’t be disappointed. It’s available now on Switch and PC via the Epic Games Store, priced at £11.99.