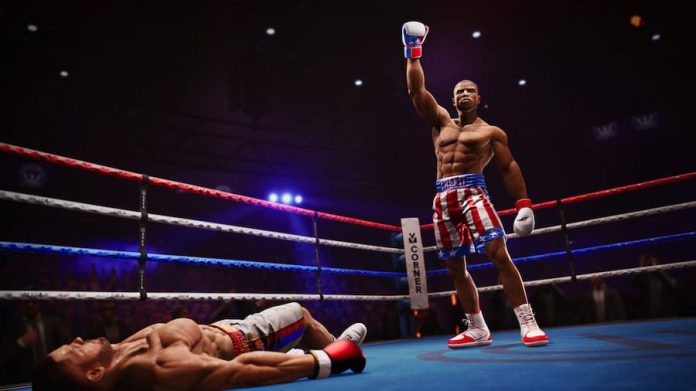 Boxing games are a rare thing these days, which is why Big Rumble Boxing: Creed Champions ought to attract a fair bit of attention.

Some are bound to be disappointed though, as this is far away from being an accurate depiction of the sport. Big Rumble Boxing: Creed Champions is more Ready 2 Rumble than Fight Night, though that’s not necessarily a bad thing. You just need to go into it with your expectations in check.

Launching Big Rumble Boxing: Creed Champions for the first time, you’ll probably be taken aback by the lack of modes presented on the main menu. Arcade, Versus, and Training modes are pretty much all it has to offer. Versus mode is of the offline variety, too; you can’t go online and fight others, unfortunately. There’s not a lot to Big Rumble Boxing: Creed Champions, then, but at least the content that is offered is entertaining.

With all of the game’s boxers picked from the Rocky and Creed film universe, you’re able to enter the ring as everyone from Rocky himself to Ivan Drago. Ten boxers are unlocked from the outset, and a further ten can be unlocked by simply playing the game. Each boxer has numerous skins for you to unlock, too – it makes a nice change from having to buy them as DLC afterwards.

In the ring, combat is arcadey but fun. A standard attack button can be tapped to produce a combo, and directional inputs can be used to give them a bit of variety. There’s also a power attack button, which again can be combined with directional inputs for different attacks. Power attacks can be used to finish combos, too. Fill a meter and you can even make use of a super attack. Each boxer has their own, and not only does it do a large amount of damage, it’s also very entertaining to watch. 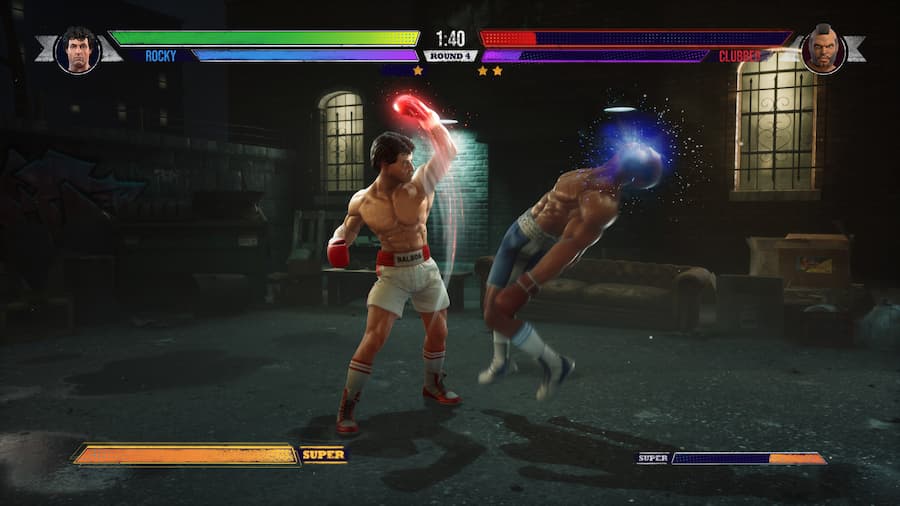 On the defensive side, boxers can dodge out of the way of incoming blows, or opt to raise their gloves in defence. All attacks can be blocked, even super attacks, but they all take a toll on your defence gauge; once it’s depleted you’ll be left open for a short while. Skilled players will instead learn to block just before an attack lands, allowing them to dodge the incoming blow and follow up with a counter-attack automatically. Add in the small amount of armour granted by some attacks, and you have a combat system that’s easy to pick up but has a little depth for skilled players to explore.

Fights are presented in the traditional round format, it’s unlikely you’ll be going the distance. When a boxer’s health bar is depleted they’re down for the count – chances are they’ll get back up at least a couple of times before tapping the recovery button like a maniac fails to rouse them, however. Knock an opponent down four times, and it’s instantly game over for them. They’re done. They’re in cloud cuckoo land. You win.

Jump into arcade mode and you’ll find that each boxer has their own little story for you to play through. Don’t get too excited though, as they’re presented in quite a boring manner. Between each bout there are text boxes for you to click through, and the odd interactive training montage is thrown in for good measure. There’s not much point to them really, but they at least let you engage in a few minigames to test your coordination and reflexes. 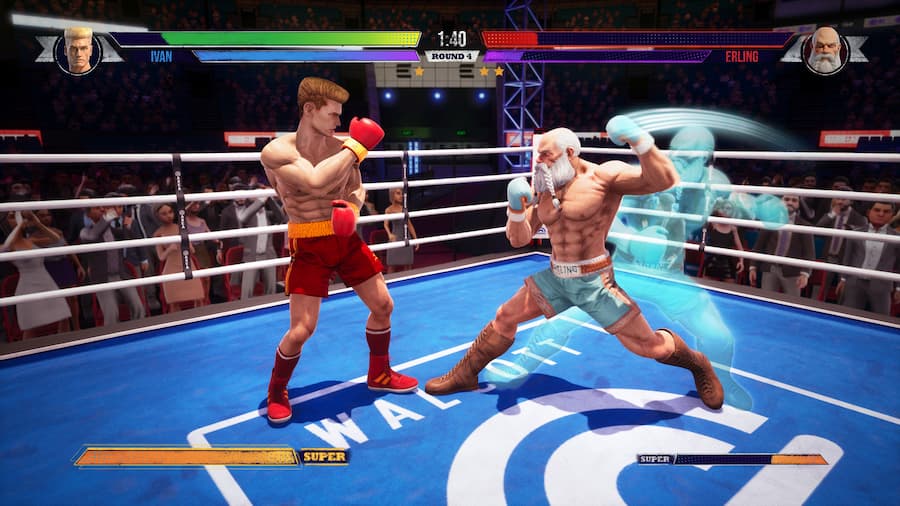 Each character’s story isn’t particularly exhaustive, but Rocky or Creed fans might get a kick out of them. Each one will take around an hour to complete, unless you really struggle against an opponent. So, beating every character’s story will add up to quite a lot of playtime. And after that, Versus mode is where you’ll go for a bit of boxing fun, whether it’s to fight against the CPU or a local human opponent. You can even tweak the matches to your own preferences, changing the number of knockdowns needed for a K.O., for example.

Some will undoubtedly be disappointed that Big Rumble Boxing: Creed Champions doesn’t have more modes – the lack of online multiplayer is especially egregious. Still, those looking for a fun boxing game that doesn’t take itself too seriously will find enjoyment here. While it’s obviously aimed at fans of the Rocky film franchise, even those who have never watched a single Rocky or Creed film will get a kick out of the action. Just like boxing itself, there’s nothing clever about Big Rumble Boxing: Creed Champions, but it puts on a good show.

This review of Big Rumble Boxing: Creed Champions is based on the PS4 version, with a code provided by the game’s publisher. It’s available on PS4, Xbox One, Switch and PC. 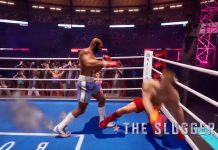 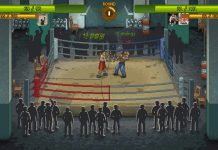