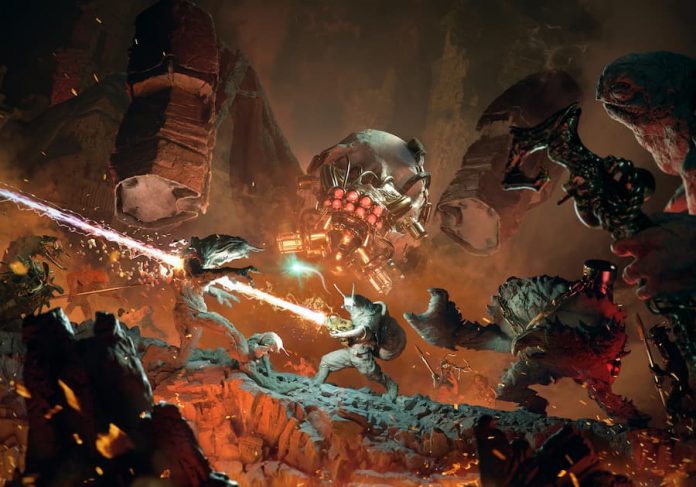 Clid the Snail has a tough shell.

Out now on PlayStation and coming to PC later this year, Clid the Snail is rather unlike anything you’ve played before. Sure, its twin-stick shooter gameplay might be familiar. But how many games can you think of where you play as a snail? Thought not. Here, you find yourself in the shell of the titular snail, Clid. He’s a bit down on his luck; you see, he’s just been kicked out of his citadel, and so he’s got to find somewhere new to call home. The trouble is, the world he’s been cast out into is rather hostile. Just like the difficulty of this game, it turns out.

After a brief introduction to Clid the Snail‘s mechanics and a cutscene to set the scene, you’re off on your adventure. Thankfully, you’re not totally alone; Belu, a rather chatty and iridescent firefly is by your side, offering helpful advice when Clid needs it (and even when he doesn’t). A firefly isn’t much help when it comes to Clid’s greatest challenge though – battling the foes of the world.

Using typical twin-stick shooter mechanics, you start off with a rather standard gun. Holding down the fire button will allow you to charge a shot for more impact, but with a standard shot, even the feeblest of foes will take a few hits to go down. It won’t be until after you’ve faced off against the first boss that you’ll get your next weapon, a flamethrower, so you’ll have to get used to your run-of-the-mill gun.

Shooting feels good, and the slower pace of Clid the Snail compared to other twin-stick shooters allows you to give more consideration to your shots, powering them up when needs be. But it doesn’t go much way to making combat easy. This is fiendishly hard, to the point of frustration. When we went hands-on with a preview build of the game last month, we praised the choice of weapons, saying they made it easy to lay waste to the game’s range of foes. But they were unlocked from the outset for the preview’s sake; we were able to quickly beat the first boss with a shotgun and more. Not so in the full game, and with boss encounters this difficult, we wouldn’t be surprised if the majority of players give up way before most weapons ever get near their hands. 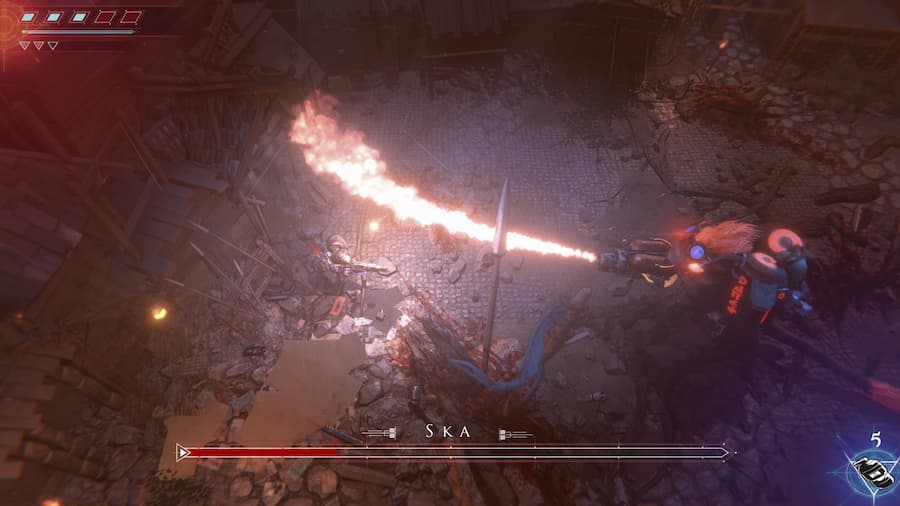 Bosses and large enemies do a considerable amount of damage to Clid should you fail to move out of the way of their attacks. He’s not particularly quick on his feet – well, he’s a snail, he shouldn’t even have feet – and so dodging out of the way is often easier said than done. You can make use of a limited number of health packs, but it’s not always clear when you’ve taken damage. So, unless you’re constantly checking your health bar you might not even realise you’re on the brink of death, especially when you’re caught up in a fight with multiple enemies.

It’s a shame that Clid the Snail is so fiendishly difficult, because otherwise there’s a lot to love here. Clid’s dark, dangerous world is mystical and begs to be explored. It’s a world in miniature, complete with houses and hideouts, but it’s not until you see a ‘human’ item – a discarded lighter; a plastic straw sticking out of the ground; an old CD being used as a conference table – that you remember just how small Clid’s world is. Despite its murkiness, it looks beautiful. 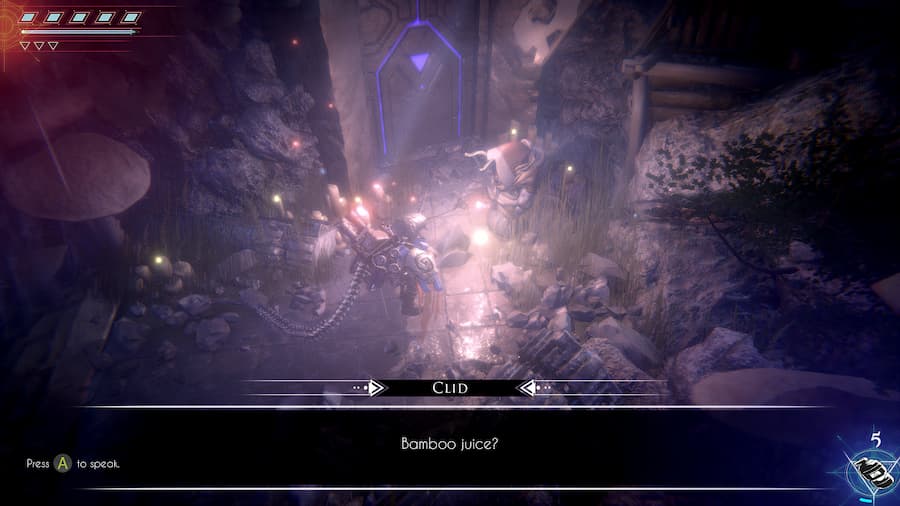 Out in the world there are often branching paths for Clid to take, with secrets and collectibles to be found. There are a few environmental puzzles scattered around too; you might have to shoot or interact with a switch or two in order to gain access somewhere. It always pays to explore everywhere you can, as there are chests filled with currency to be found, and collectibles that eventually lead to health upgrades.

There’s a lot to like about Clid the Snail. To say this is from a small team, the worldbuilding and ingenuity is second to none. But while ‘unforgiving’ may have been the developer’s intention, the game’s boss encounters are far too frustrating to be enjoyable. With a bit more balancing to Clid and his armoury, this will be a must-play twin-stick shooter. Until then, only those with patience as hard as Clid’s shell will be able to truly enjoy what’s on offer here.

This review of Clid the Snail is based on the PS4 version, with a code provided by the publisher. It’s available on PS4, with a PC version coming later.