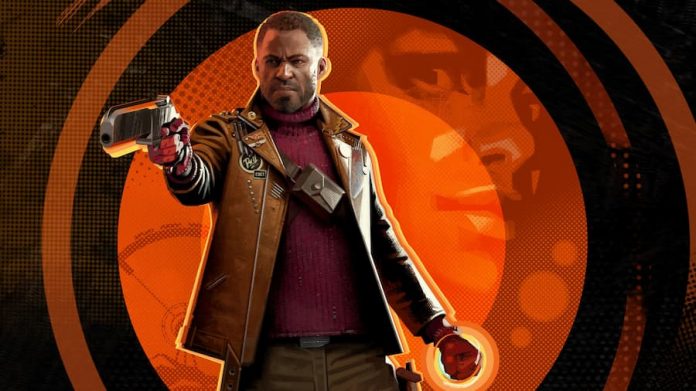 Out today, Deathloop is something rather special.

You can read our review, where we go into (spoiler free) detail about what you can expect from its gameplay. Or you can simply watch our video of the first 15 minutes of Deathloop. It’s a fascinating opening sequence, one that cleverly introduces you to how the game plays, but one that still leaves you with plenty of unanswered questions.

There’s something incredibly stylish about Deathloop. Yes, that beach you wake up on looks absolutely stunning, even when playing on PS5’s ‘Performance’ mode that prioritises framerate over graphical fidelity. But turning around, walking up the shore and heading into a bunker, you’ll quickly realise just how slick everything is. Those words that appear in the sky? What a fantastic touch. They’re not just for your benefit either; your protagonist Colt can see them – and he’s just as confused as you.

It’s unusual for you and your protagonist to be learning about the world around you at the same time. Of course, Colt’s been here for some time, but because of the whole time-looping business, he’s forgotten everything he knows. And so with you now in control of him, you’ll both learn everything together. The good, the bad, and the ugly of Blackreef.

If you’re thinking of jumping in but aren’t sure just yet, give the video below a watch. The introduction doesn’t spoil much, but sets the quirky, offbeat and utterly compelling tone for the rest of the game. It doesn’t quite set up exactly how the game will play out – you’ll need to discover that for yourself later on – but you’ll have a good idea of what to expect in terms of gameplay. And style. And violence. And swearing.