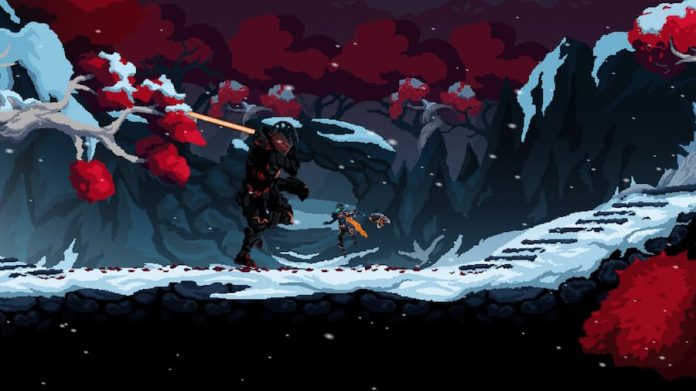 Originally released on PS4 and PC back in 2018, Death’s Gambit wasn’t quite enough of a Metroidvania for some.

A 2D action RPG with clear inspiration taken from the likes of Dark Souls, it fared rather well with both players and critics, but developer White Rabbit has spent the last three years expanding on it and making it even better. The culmination of its work is Death’s Gambit: Afterlife, launching on Switch on 30th September.

Technically, Death’s Gambit: Afterlife is ‘just’ an expanded and enhanced port of the original game. But so much has been tweaked and added that chances are it’s going to feel like a whole new one. Even better, those who already own Death’s Gambit on PS4 or PC will find their copies updated to this ‘definitive edition’ absolutely free.

So, what’s different? How about ten new areas – six large, four small – with the existing ones being given a revamp. There are also six new bosses to defeat, over 20 new weapons to wield, and a host of new talent points to mull over spread across multiple trees. Add in a number of new abilities to discover that really ramp up the game’s Metroidvania angle, and you have an experience that’s going to attract new fans while also making those who have played it previously want to return.

Those new abilities include the self-explanatory double jump, as well as crash down that allows you to break through certain floor surfaces, and warp bombs that allow you to get through small gaps. Numerous mechanics have been tweaked, too. Stamina now regenerates faster, for example, and skills no longer go into cooldown when interrupted. Throw in a new map that should make getting around easier, and you have a game that’s set to still be challenging, but more fair and accessible.

Those looking to pick Death’s Gambit: Afterlife up on Switch will be happy to hear that a physical version will be available, though at the beginning of next year. It’s available to pre-order now at the Serenity Forge store, and includes the game on cartridge, as well as a sticker sheet and a double-sided poster. A range of merchandise is also available, so take a look. 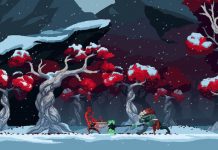 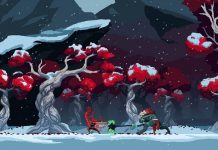