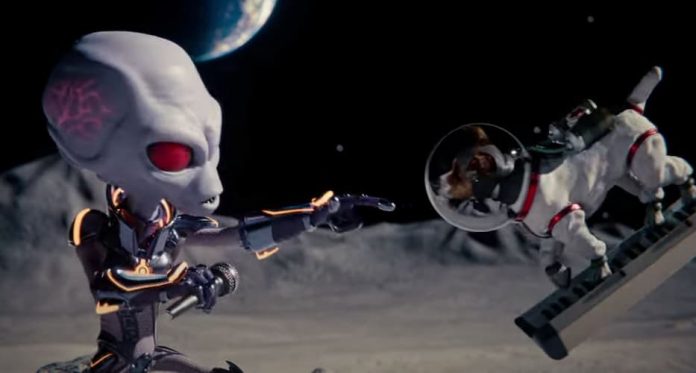 Crypto’s back for some more human-probing fun.

This time, the alien-invading action takes place in the 1960s. As Crypto, you’ll visit the United States, the UK, Japan and the Soviet Union, getting up to the sort of mischief the series is known for. Expect probing, abduction and general intergalactic naughtiness.

There’s no release date for Destroy All Humans! 2 – Reprobed, however. It’s currently in development, so we’d expect it to be some way off. Interesting to note is the fact the trailer only lists this in development for PC, PS5 and Xbox Series X; no PS4 or Xbox One version. That suggests to us that we’ll not see this until at least late 2022 or even beyond.

We got two trailers for Reprobed, both of which you can watch below. The first is a rather entertaining cinematic announcement trailer set to Amerika by Rammstein (!). The second shows off a short snippet of gameplay.

The THQ Nordic Showcase also revealed a new Spongebob Squarepants game, a new look at Elex 2, Outcast 2, Jagged Alliance 3, Superpower 3 and MX vs ATV Legends. You can watch the showcase in its entirety by clicking here.