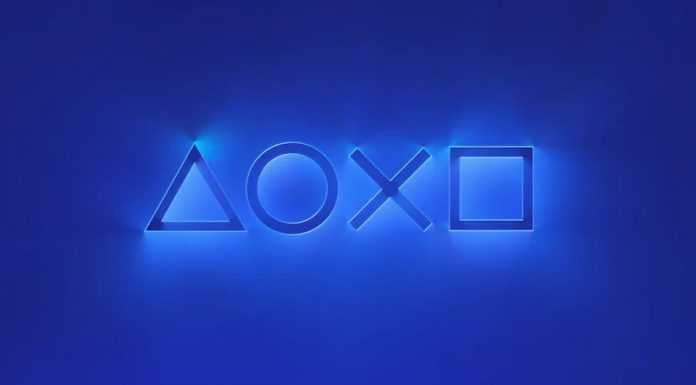 We’ve been waiting some months for Sony to host a grand showcase, featuring its roster of upcoming games. It was notably absent from E3, and then again from Gamescom. But here we are, nine months into the year and we’re finally ready to get a load of what PlayStation 5 games we have to look forward to in the coming months.

The PlayStation Showcase stream was held at 9pm tonight, Thursday 9th September. But if you missed it; don’t worry. You can watch the whole thing in the video at the bottom of the post. But before then, we’ll round up everything announced during the Showcase as it happens.

Strap in – we’re expecting some big news. Popcorn at the ready…

First up is a game from Aspyr and Lucasfilm Games. “This is a lie. That is what the Sith believe”. Yes, it’s a Star Wars games! Star Wars: Knights of the Old Republic Remake. A legend remade for PS5, it says. Does that mean it’s a PS5 exclusive? No release date, and only a very short teaser.

An action-JRPG set in the ruins of a modern world, this looks very Nier-esque. We’re intrigued, even if we don’t have a whole lot to go on. Humans and robots work side by side to defeat monsters and explore the world. Going by the trailer, there are some absolutely HUGE beasts to face. And a rocking soundtrack. No release date yet.

Here’s a game we’ve already seen, but we’re happy to get another look at it. This Borderlands spin-off focuses on everyone’s favourite tiny mentalist. It’s as crazy as one would expect from a Borderlands game. Oh, and it has Babymetal in the trailer so we’re digging it EVEN MORE. It’s a good combination.

Square Enix and Luminous Productions up next. It’s a new trailer for Forspoken, the game that started out life as Project Athia. It looks beautiful, and the main character – unwittingly transported from her modern city to an ancient world – appears to be rather badass. We can’t wait to get our hands on this one. It’s scheduled for a spring 2022 release.

Ubisoft’s next entry into Tom Clancy’s Rainbow Six series is up next. Some freaky-ass enemies are afoot and, as you’d expect, a lot of weaponry. It’s a fairly short trailer; we’ve certainly had longer looks at the game. But there’s an all-important release window: January 2022.

This was announced earlier this week, but we’re happy to finally get a glimpse of a trailer. And it’s the first time it’ll be on PlayStation consoles (though it’s on other formats, as well). Alan Wake Remastered is the classic Xbox 360 exclusive from 2010, with a visual overhaul to bring it up to date for the modern age. It’s coming on 5th October – less than a month away. You can read more about it here.

We knew it was coming, but here’s a trailer for the PS5-enhanced version of Grand Theft Auto 5. Just in case you haven’t played enough of it, on enough formats already. Let’s not forget this was originally a PS3/Xbox 360 game. Of course, Grand Theft Auto Online is also getting the updated treatment, and both will be available in March 2022.

Finally, another look at this hotly anticipated game – and this new trailer is freaky AF. Still no release date, though, but we’re just as excited as ever.

Guardians of the Galaxy

Something Marvel from Eidos Montreal. It’s a new trailer for Guardians of the Galaxy, set to release next month. Trailer highlight: a space-labrador called Cosmo. What more do you need to know about the game?

Released into early access this week, here’s a new trailer for Vampire The Masquerade: Blood Hunt. A battle royale with vampires. It’s coming to PS5 this year, but we’ve no specific date just yet.

Out next week, this is probably the last pre-launch trailer for Deathloop that we’ll get. It’s so stylish. We can’t wait to dive in. It’s out next Tuesday, 14th September.

November 5th, presented by Radiohead and Epic Games. A game? A show? An experience? We’re not sure, but we’ll be there.

This isn’t a new announcement; we’ve seen this before at a show earlier this year. But it looks delightful – serious Alba vibes, with more fantastical adventure. No release date, though.

Nathan Drake’s face is on our screens. That only means one thing: Uncharted: A Thief’s End and A Lost Legacy Remastered are coming to PS5. And PC. Titled The Legacy of Thieves Collection, it’s coming in early 2022.

Insomniac and Marvel now. A very short trailer, and where we were expecting Spider-Man to show up, we instead got Wolverine. Huh! No release date, but we’re excited to see more.

A very grand trailer for Gran Turismo 7 up now, backed with an epic organ score. Cars are shiny, cities are big. There’s a glimpse of racing, of livery editing, and of course GT’s famous photo mode. As you’d expect, there are lots of real-world racetracks from around the world, and they all look fantastic. No release date though, unfortunately.

Ah, here’s Spider-Man. But he’s not alone: Venom is with him. Insomniac is bloody busy! This one’s not coming until 2023, though. Still: hype.

Time to visit our old friend Kratos. Here’s a long-awaited trailer for God of War‘s sequel, and it looks as epic as we’d expect. Lots of combat, exploration, giant beast and particle effects galore. Swoon. Still no release date, unfortunately.

Watch the whole presentation in the video below: