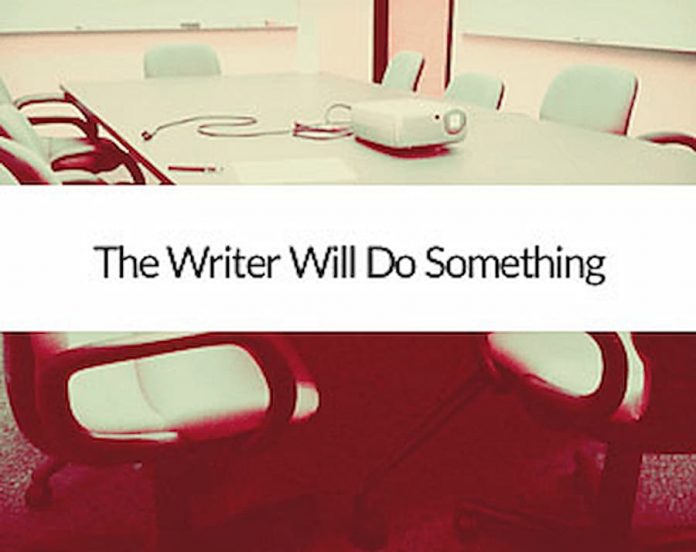 Thinking about getting into games development? The Writer Will Do Something will certainly give you food for thought.

That’s not to say it’ll put you off entirely but this choose-your-own-adventure offers a glimpse at what can go wrong during the development process. It’s penned by Tom Bissell and Matthew S. Burns, the former of whom has worked on several AAA games.

It casts you as the writer on the third in a much-anticipated series of games, struggling to cope with the lack of direction on the project. The fact that your team is a little dysfunctional definitely doesn’t help; it’s been described as satire but, even though we’ve not been involved in development ourselves, it seems painfully real. We found ourselves wanting to reach through the screen and throttle the wilfully oblivious project manager.

The Writer Will Do Something is played entirely in-browser and though you can’t save your game, it won’t take you long to finish. It was created in 2015 but has only become more relevant, though we’d like a sequel where you have to struggle against your boss’s push to shoehorn microtransactions into the game.

Whether you’re in games development or not, you’ll get a kick – and possibly a few painful flashbacks – out of The Writer Will Do Something. You can play it here, and chip in to support the co-developer here.