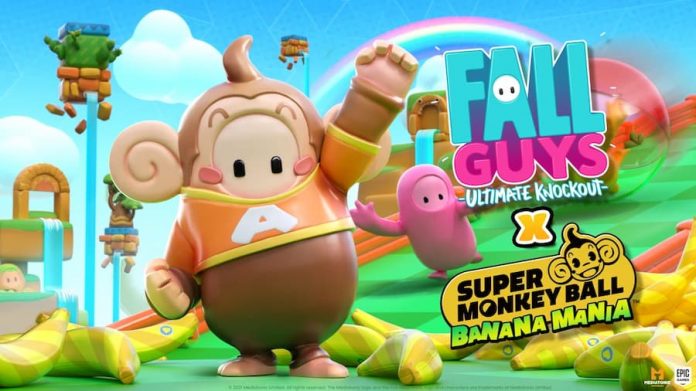 So, up until and including this Thursday 30th September you can purchase a costume that will transform your Fall Guys bean into a gigantic monkey. The costume will only be available between now and Thursday, for the princely sum of ten crowns from the in-game store, but if you do purchase it you’ll be able to wear it as long as you like. How great is that?

Well, it’d be better if the costume was completely free, but that’s not our primary concern. Following our hands-on preview pretty excited about Super Monkey Ball Banana Mania, which mashes up levels from the Super Monkey Ball games and so, you’d think, we’d be excited for this costume too.

Problem is, there’s something really off about the costume. The more we look at it, the more it looks like someone’s murdered giant monkey and donned their skin, Silence of the Lambs style. It’s genuinely unnerving and while you probably won’t notice that playing Fall Guys, the screenshot promoting this event is burnt into our brains. In all honesty, we’d sooner have a Fall Guy in Super Monkey Ball Banana Mania. Still, what’s done is done.