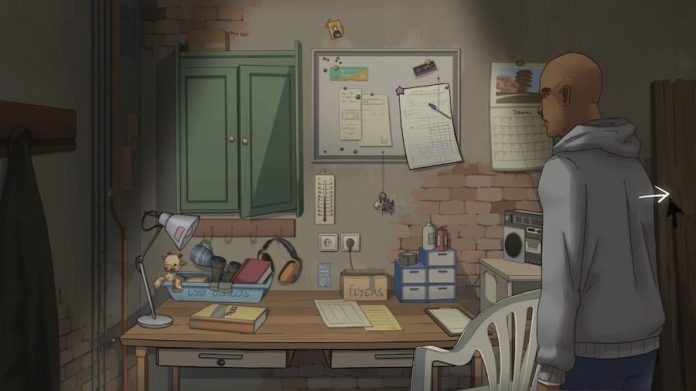 Ever wondered what’d happen if Frankenstein and Dracula shared a flat? Frank and Drake is set to answer that question.

And yes, we know Frankenstein is technically the creator, not the monster, but most dictionaries admit that the term can be used to describe either. Inspired by the aforementioned monsters, Frank and Drake is about two flatmates who never actually meet. They’re not supernatural creatures, as far as we know, but Drake sports Gary Oldman Dracula-style glasses and Frank is a big, big guy.

The twist is, while they never meet, they develop a relationship through post-it notes, which is where you come in. You alternate between playing as Frank and Drake, solving story-altering puzzles and determining how their shared tenancy unfolds. We’ll certainly be interested to see if we can push their relationships to extremes, leaving horribly passive aggressive notes or, if romance is an option, making the two more than friends.

Premise aside, the most striking thing about Frank and Drake is the rotoscoping animation which, while it’s fallen out of favour from the mainstream (Joel Haver and Goat-on-a-Stick aside) fits right in here. In fact, if you want to see how gorgeous the animation looks in motion, you can download a demo and wishlist it on Steam right now.

Developed by Appnormals Team, creators of Stay, and published by Chorus Worldwide, Frank and Drake is coming to PC, Nintendo Switch, Xbox and PlayStation in Spring 2022.