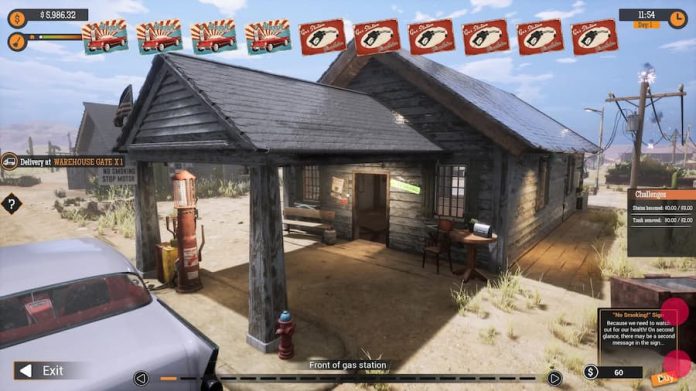 One of Gas Station Simulator‘s greatest joys is just shutting everything off.

That’s not a slight against this desert-based business sim; the game itself is much more entertaining than you’d think, given its subject matter. But, as someone who’s worked retail, it’s so so satisfying to be able to dash outside, flip the lever on the gas station sign and watch people turn around. Yes, you might be manning the gas pumps, till and garage all by yourself, but having that freedom to tell everyone to just bugger off is a joy in itself.

The flipside is that, until Gas Station Simulator gives you the ability to hire someone else, retail is a little trying. You start off with a complete wreck of a gas station, along with one pump, and slowly work your way up. The basic tasks are onerous at first, but you eventually get into a sort of rhythm; able to stop the conveyor belt just before the items tumble into a customer’s basket, working out how long you’ve got before that customer at the fuel pump drives off in frustration, and so on. That and the fact you’re basically your own boss takes the sting out of the routine.

Then you get to hire someone else, and delegating means you can put more effort into your station’s presentation, painting, decorating and generally prettying it up. You’ll get a real sense of pride as you watch your station grow; the 50s aesthetic is just perfect, as is the desert location. Yes, you’re forever sweeping dust out of your station, but there’s a real sense of isolation; just standing outside, watching the cars go past is so relaxing.

The more people you hire, the more time you can spend looking at the bigger picture. I’m a terrible boss, taking my employees for granted, but I don’t care. Gas Station Simulator doesn’t give you absolute control, in so much that (at least, as far as I’ve got so far) you can’t micromanage your employee wages, or raise the price of gas/petrol just because you want to. But there’s so much you can do and so many decisions to be made that it’s easy to get carried away. You can’t bilk people for expensive fuel but you can break into people’s cars, pocket the cash, then watch them drive off with the alcohol your employee just sold them. 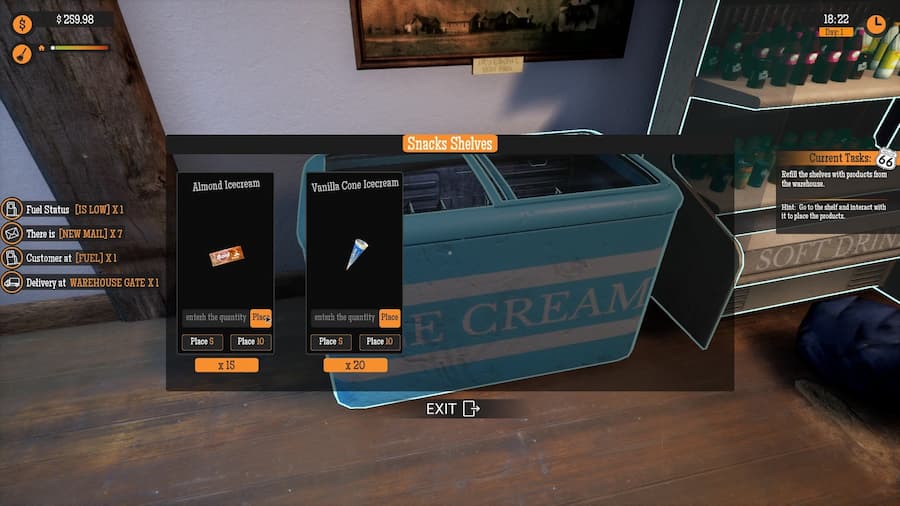 There’s a bit of jank here, which developer Drago Entertainment has handled by letting you have everyone (except you and your employees) get kidnapped by UFOs, resetting their positions. I only had to do this once and while I’d prefer you didn’t have to do this at all, it’s better than being unable to proceed with the game. That said, I did see a few cars leave without their drivers who then snapped into the cars. Bug fixing aside, two things I would like to see Gas Station Simulator get is either a sandbox mode, with no story elements, or an option to close parts of your station; e.g. close the garage for a while if you’re low on spare parts.

There’s always something to do in Gas Station Simulator; the temptation’s there to rest on your laurels, but then you’d miss out on having a car wash, or being greeted by a crowd of travellers wearing velociraptor masks, all filing into your shop. And above all, it’s fun; logically, you’re playing a game about having a real job, which should give you pause for thought. But watching your humble station grow into the finest rustic pit-stop for a hundred miles is so engrossing that you can plough hour after hour into it and only regret that you have to stop playing to go to your real job. 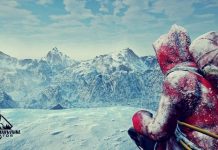 Winter Survival Simulator is Headed to Steam in 2021