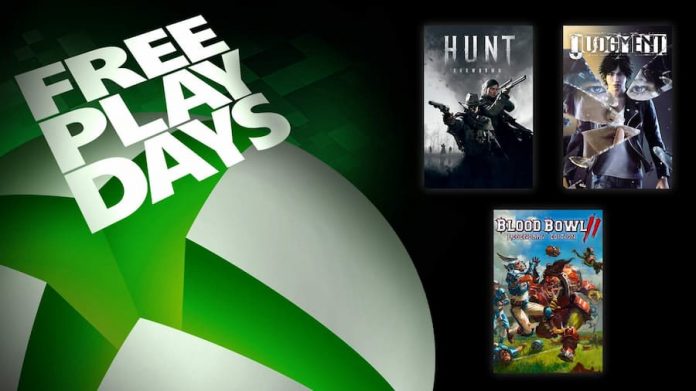 The sequel, Lost Judgment, arrives next week and you absolutely won’t want to miss it. In our review we called it “a lucky dip where every time you load it up to play you’re never sure what you’re in for – but you’ll rarely, if ever, be disappointed”. You can jump into the sequel cold, but this free weekend will give you the chance to explore private detective Tak Yagami’s first outing.

Or, if the idea of investigating a string of horrifying murders, pausing only to chase an underwear thief called “Ass Catchem”, doesn’t appeal to you, there are two other titles you can tackle for free. There’s Blood Bowl 2: Legendary Edition, a fantasy take on America football, and Hunt: Showdown, a player-versus-player bounty-hunting game.

We’ve heard enough good things about the latter that we’re going to be taking it for a spin. For example, one bullet typically won’t kill you so if you’re fast enough you can take someone out with an axe before they can get a second shot off. Granted, it’ll mean tearing ourselves away from Deathloop’s multiplayer, but we’re prepared to give it a shot.

So: what if you decide you want to purchase one of these titles, to play them beyond the free weekend? There’s good news and bad news. Hunt: Showdown will be on sale for $18.00 and Blood Bowl 2: Legendary Edition will be available for a silly $4.00. Judgment, however, will not be discounted and will cost $39.99.

Granted, Judgment did only hit Xbox consoles this year, with the English language version having been released on PlayStation 4 in 2018. But with Lost Judgment arriving on September 24th, you’d think SEGA would drop the price to pull even more would-be purchasers. 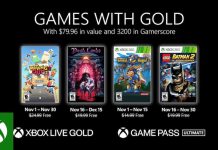 You Can Now Pre-order Lost Judgment