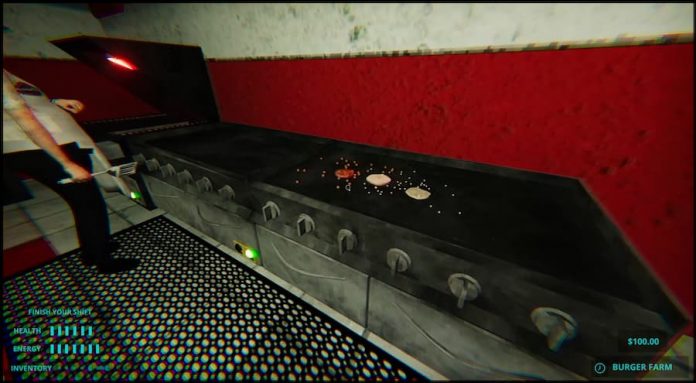 Happy Humble’s Burger Farm is giving us big Five Nights at Freddy’s vibes and that’s not a bad thing.

This upcoming survival horror/restaurant sim mash-up has you working in a fast food restaurant where the chain’s chief mascot isn’t someone you want to mess with, nor are any of their four sidekicks. The good news is that, while the faintly distorted first-person perspective and murderous mascots are right out of Five Nights at Freddy’s (which made our list of ten horror games to snap up on sale), you’re not chained to a security booth.

Instead, your job is to keep the restaurant running and you have free roam of the place. You can even leave the Happy Humble’s and roam further afield which we’re looking forward to because we’re dying to see if the rest of the world is as “off” as the restaurant itself.

The titular Happy is set to be your primary nemesis, though developers
Scythe Dev Team have yet to reveal what will trigger his murderous rage or if you can see him off with any of the restaurant’s sharp objects. We’re big fans of Pyro’s Night at Freddy’s, where Team Fortress’s muffled menace terrorises the animatronics, so we wouldn’t say no to a little vengeance.