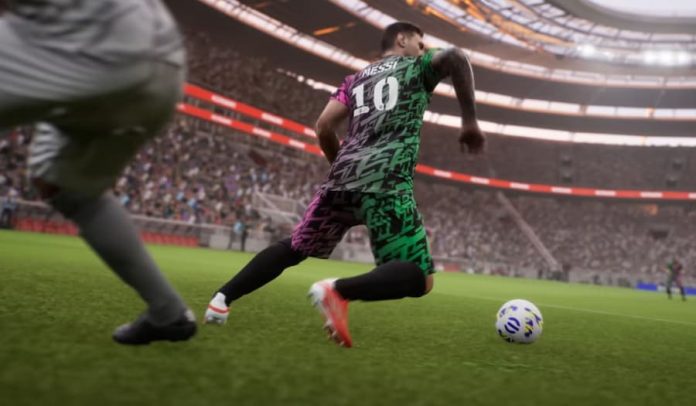 That’s right, PES is no more, and eFootball is the future. It’s also launching as a free-to-play game, a new move for a new franchise. But of course, premium content will be available. There’s already a Premium Player pack you can purchase for £30.99, though its content won’t be available in the game until November.

The paid content, however, simply provides players with premium currency and a selection of random “top-tier Ambassador and partner club players”. That means you don’t need to spend a penny to simply take part in a game of football. From the start, you’ll be able to jump into a local match using nine pre-selected teams and engage in challenge events either against online opponents or AI. Yes, it’s going to be fairly barebones to begin with in terms of content, but more modes, content and events will be coming to the game on a regular basis.

But for the content that is there, though, Konami promises a solid experience that’s been redesigned from the ground-up. Earlier in the month we were privy to a hands-off demonstration, running us through what we can expect from eFootball 2022, as well as a glance at the game in action. Suffice to say, it looks very nice, and for the princely sum of free, it’s going to be worth jumping into.

There’s a strong focus on engaging, realistic gameplay and ball control, and Konami has made use of actual players to advise on these systems. As you’d expect, the realistic ball physics look great in action; the ball bounces and rolls as it would in real life. Prominently, a 1v1 duel system has been employed which aims to make on-pitch actions between players more realistic than ever. The duel system, featuring both attacking and defensive duels, is all about how a player expresses themselves on the pitch, and how they perform dribbles and blocks, amongst other manoeuvres.

Andrés Iniesta has acted as the advisor for eFootball 2022‘s attacking duels. When attacking, you’ll have full freedom – that means dribbling past defenders, wrong-foot your opposition, and win physical battles. The same goes for defensive duels, for which Gerard Piqué has advised. There, you can force turnovers, stand or slide tackle, block and intercept the ball. Using the right stick gives you full control of the ball, and pressing L2 can be used to defend/shield.

Konami has placed emphasis on the entirety of eFootball 2022‘s new control scheme, in fact. It’s designed to be intuitive and easy to learn for all levels of players. The developer was also keen to show off the game’s new dual camera; it’s been designed to zoom into action details, before zooming out for a big picture. It follows the action, focusing on what’s important.

As for the authenticity of what’s on offer? Well, we already know there’ll only be nine teams available, which are as follows:

Each of those clubs, however, along with having real players, will also feature fully authentic dressing rooms and tunnels to really draw you into the action. Whether future added clubs will also get the same treatment, however, remains to be seen.

eFootball 2022 will be available digitally as a free-to-play title next Thursday, 30th September across PC and consoles. A mobile version will also be available soon. It supports cross-play, so regardless of your platform, you’ll be able to play against your friends. We’ll have more on the game after launch. 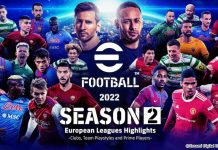