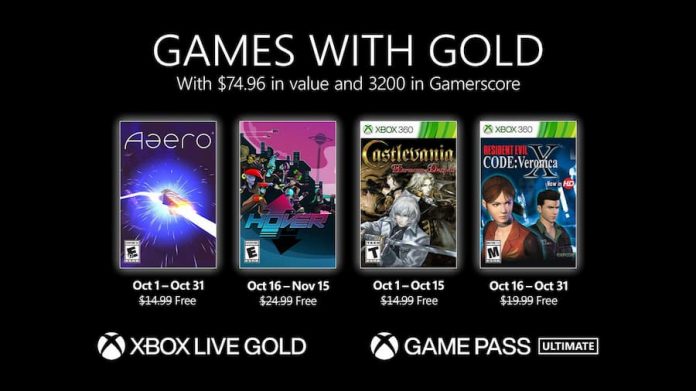 Yes, we’ve always thought that colon should come after Resident Evil but we’re not going to bin this side-entry just for that. There are four games joining Games With Gold this month, Veronica included, available to all Xbox Live Gold subscribers.

The titles arriving this month are:

We also gave Aaero a 7 out of 10 when we reviewed it; we had fun with it, but found it was a game of two halves, one less impressive than the other. Castlevania: Harmony of Despair is interesting but it’s really focused on multiplayer shenanigans, it’s not on a par with any of the Castlevania Advance games. Harmony of Despair and Code Veronica are both Xbox 360 games but are playable through the Xbox One, Xbox One X and Xbox Series X|S’s backwards compatibility.

Sony has yet to announce October’s PlayStation Plus games, though they’ve apparently leaked; we’ll let you know when they’ve been officially confirmed.