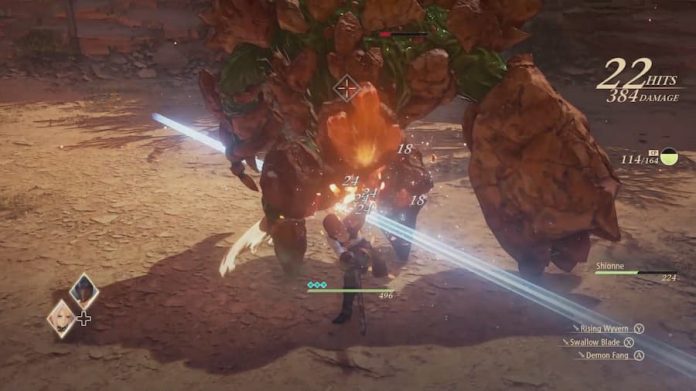 As you’ll be doing a lot of fighting in Tales of Arise, it’s important to learn the ins and outs of its battle system.

One thing you might have missed in the early hours of the game, for example, is how to change your target during battle. Most of the fights you get into as you play through Tales of Arise face you off against multiple opponents after all. And targeting the right enemy at the right time can turn the tide of a battle.

When you enter battle, your character will automatically target and lock on to the enemy seemingly closest to them. If you want to change your target, however, simply hold down the left shoulder button, then use to left analogue stick to move between enemies. When you release the shoulder button, you’ll then find yourself locked onto and targeting the enemy you last selected.

Changing your target can be especially beneficial during boss fights and when using abilities that have an area of effect. If there are numerous enemies grouped together, for example, it’s worth targeting one of them before using an ability to does damage to a wide area, as it will hit all of them. So, assess the battlefield and change your target where necessary in Tales of Arise to be more effective in battle.