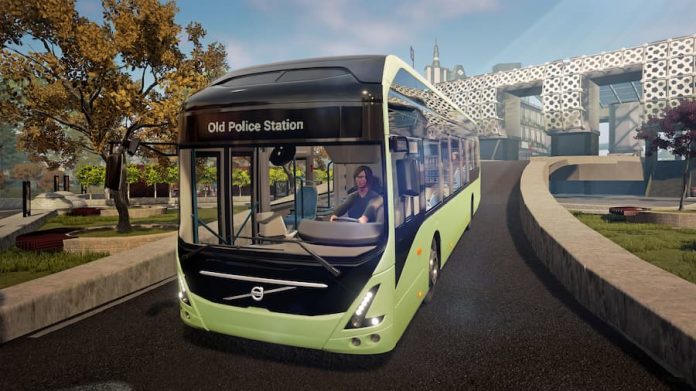 Taking on the role of a new bus driver, you’ll pick the Bus of Your Dreams before setting out on a route around a quaint American town, picking up passengers and taking them to their destination. You’ll learn how to control all aspects of your bus – driving it, operating the doors and lights, taking fares from passengers and issuing them a ticket. You can even be one of those dickish bus drivers who’ll randomly pull over and decide to check everyone’s tickets if you want.

In the flow of the game, there’s a lot to like about Bus Simulator 21. For some reason, I got a kick out of pushing buttons to give people the correct change after they’ve bought a ticket. And actually driving around the streets can be rather relaxing. But there’s a lot to overcome in terms of clunky mechanics, convoluted menus and a control scheme that doesn’t make a great deal of sense.

There are two ways to do practically anything in the game: you can bring up a radial menu, and cycle around options such as turning on the engine, putting on the parking brake or operating doors and lights. Or you can sit in cockpit view, pressing all the relevant buttons yourself. This sounds like the best option, but by default your dash is filled with obnoxiously large textbox labels which make it hard to see exactly what you’re pressing. It’s not at all intuitive, and you’ll probably rather pull up the menu rather than moving a cursor around a messy dashboard.

But that’s neither here nor there, really. Because, being the deviant that I am, my first thought when playing Bus Simulator 21 was: “how much chaos can I cause?”. And I’m disappointed to tell you: very minimal, actually. 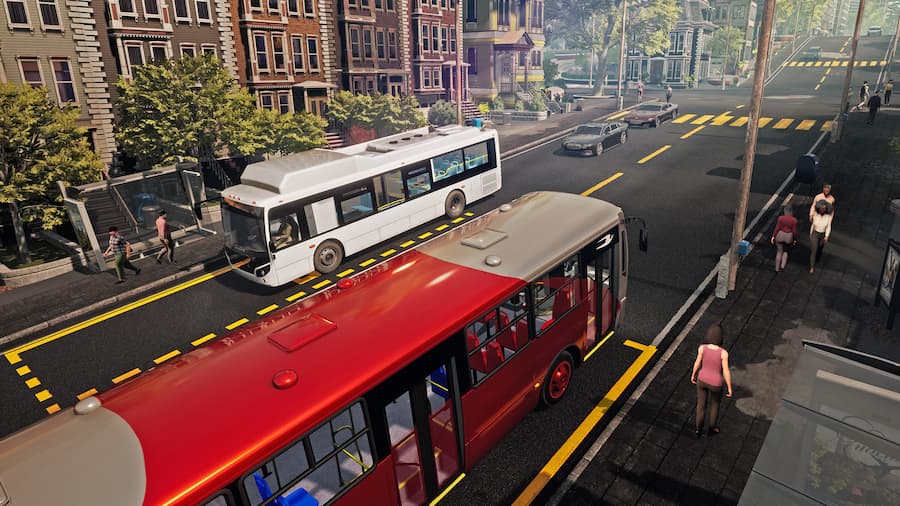 I had lofty dreams of recreating Speed; the passengers on my bus hanging on for dear life and screaming for their souls to be saved as I rampaged high-speed through the city. I CAN’T SLOW DOWN! THERE’S A BOMB!, I’d yell to my passengers as they mopped up their tears with their day tickets. Alas, it wasn’t to be. I’m not sure my bus could even get anywhere near 50mph, let alone stay above it. A bus is also not as nimble to control as Sandra Bullock and Keanu Reeves would have you believe; turning tight corners in Bus Simulator 21‘s pretty town results in many a lamppost crashed into if you try and do it at anything faster than about eight miles per hour.

So Speed: The Video Game was out of the question. Could I at least shake my passengers up a bit; keep them on their toes by doing some dangerous driving, playing Bus Simulator 21 like it was Grand Theft Autobus? Once again, sadly not. As I put pedal to the metal, jostling my passengers left and right, veering onto the wrong side of the road and having several head-on collisions, my passengers didn’t even jolt. Their stony expressions remained unchanging, staring forward into an abyss. 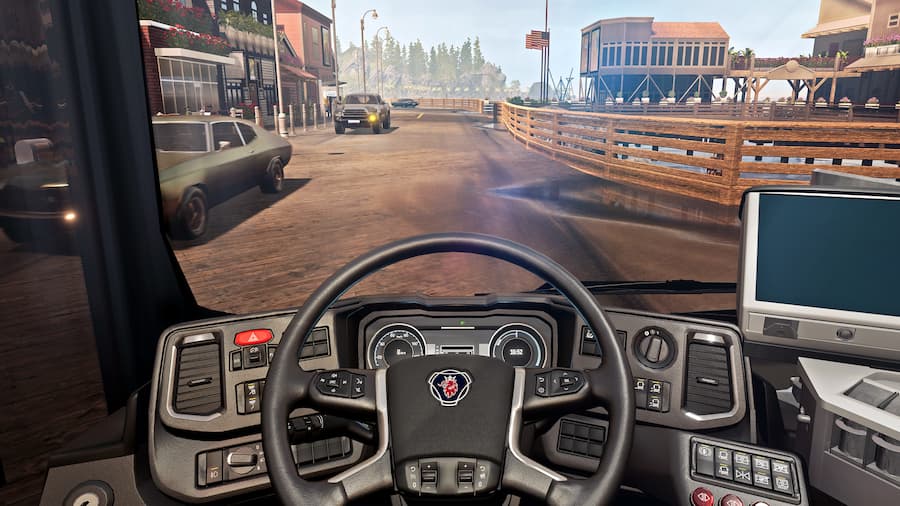 Okay, I did hear one or two ethereal mutterings of “keep your eyes on the road!” but it was hardly the reaction I was hoping for. I wanted to inject a bit of terror, a weekday thrill, into the lives of these humdrum passengers. But it just wasn’t to be. I took them off route, driving maniacally around the city without letting them off the bus. They didn’t care. Even on running someone over – surely the most heinous of bus driver offences – there was not a mutter from the people littering my bus seats. Where’s the fun in that? All that happened was a tiny notification popped up in the bottom corner telling me I’ve been fined. A hefty fine, granted – $20,000 for each person I knocked over – but is a bit of drama too much to ask for?

Yes, yes, I get it. Bus Simulator 21 isn’t meant to be about chaos and carnage. It’s supposed to be a realistic simulator about ferrying people around a city, driving within the rules of the road. But all I’m saying is… if a bus driver was to go off the rails, it would be realistic for passengers to start screaming and shouting just a little bit. Don’t you agree?

Anyway. If you’re more cut out for life as a serious and sensible bus driver than I am, Bus Simulator 21 is available now on PC, PlayStation and Xbox.