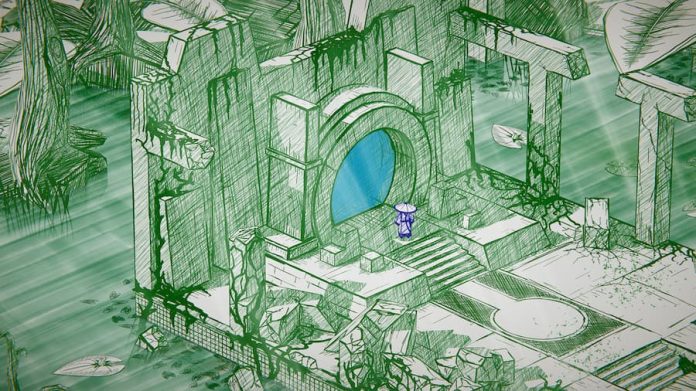 Although it released on PC way back in 2018, Inked: A Tale of Love has since been reworked and is now available on consoles.

The puzzles in Inked: A Tale of Love might not feel particularly new to you. You’ll have played games like them before; move blocks to gain access to somewhere; manipulate switches; roll balls from A to B. There are lots of different mechanics to play with, but they’ve all been done before, in some form or another. That’s not a slight to Inked; truly original puzzles are hard to come by these days. But what makes this game really stand out from its competition is just how beautiful it looks.

You see, just in case its name didn’t give it away, Inked: A Tale of Love is designed to look entirely hand-drawn; a sophisticated sketch by an artist with a biro in hand. Indeed, sometimes you’ll even see the artist’s hands, hovering as they ponder putting pen to page. It’s a striking visual choice, with each world of the game being mostly monochrome except from some choice colour highlights. Texture is achieved mostly by shading and cross-hatching. It makes for a beautiful sketchbook world, ripe for exploring.

There’s a loose narrative to see you through Inked: A Tale of Love. Playing as a nameless hero, you’ll spend your time trailing after your love, Aiko. While she effortlessly floats through environments, you’ll have to solve puzzles and manipulate the world around you in order to get from A to B. The worlds are small, though, and so knowing where to go or what you’ve got to do is never tricky. Although achieving it is a different problem altogether. While Inked‘s puzzles start out straightforward, they don’t waste any time in becoming fiendish. 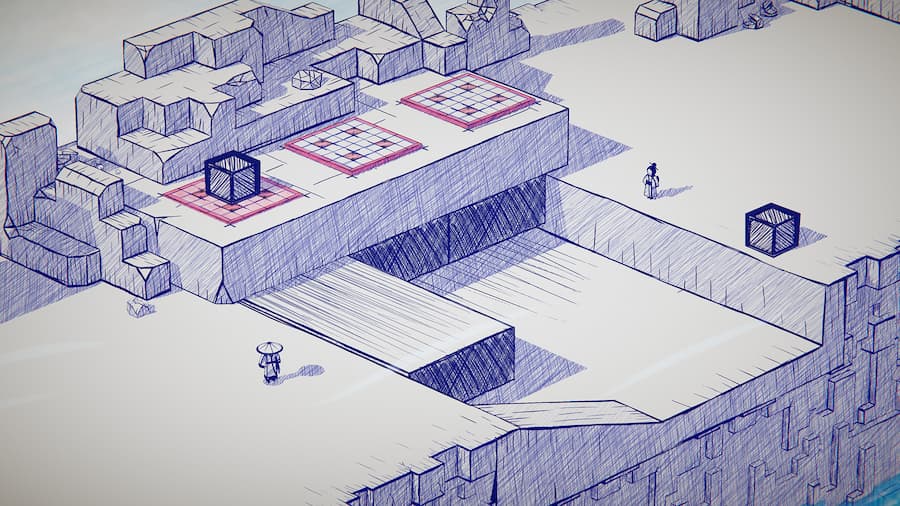 Yes, you might be able to clearly see where you need to go, but working out how to get there is not so easy. You’ll soon learn the rules of the game’s world, though, and similar puzzle styles repeatedly pop up; the more of Inked: A Tale of Love you play, the more familiar you’ll get with its approach to puzzles. Cracking a particularly troublesome one is always a cause for celebration.

If you’re a fan of puzzle games, you’ll likely find Inked: A Tale of Love‘s gameplay satisfying enough. But it’s the beautiful art style that really elevates this to the next level. Solving a tricky puzzle is fun, but it’s not as enjoyable as soaking in those gorgeous visuals.

Inked: A Tale of Love is available now on PC, PS4, Xbox One and Switch.

Inked: A Tale of Love Is Coming to Consoles