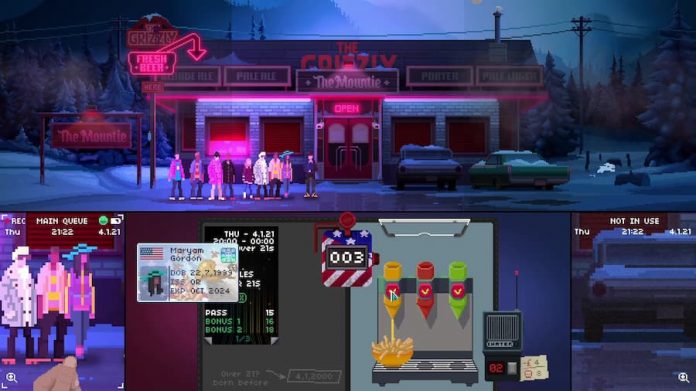 Not Tonight 2, currently available as a Closed Beta demo, takes place in a dystopian future America where political greed rules, protestors get bundled into unmarked vans and…

Hang on, no, wait, that actually happened. This is satire, right? Because, like the original Not Tonight before it, Not Tonight 2 is labelled as a dark comedy but it’s much too close for comfort. Its prequel, which tackled Brexit, proved to be eerily prophetic though if you’d told developers PanicBarn or published No More Robots that the UK would be begging for foreign nationals to come back and drive their HGVs, they’d probably have dismissed your idea as too far-fetched.

Also like its prequel, Not Tonight 2 casts you as a bouncer, charged with keeping underage drinkers out of pubs, clubs and bars. The difference is that it’s not your neck on the line here, though you’ll experience racism and xenophobia first hand. Instead, you and your two friends are paying their way across America in an effort to rescue a fourth, Eduardo, who was shoved into the aforementioned van. This demo only lets you play as one of the trio but the final game will sport storylines for all three.

You’re tasked with checking IDs, an operation that gets progressively more complex throughout the demo’s hour-long runtime. And, at the risk of being labelled a buzzkill, I got a real kick out of spotting forged IDs, turfing out underaged drinkers, spotting forged tickets and so on. On top of which, Not Tonight 2 is much more varied than the original in terms of the locations it sends you to. 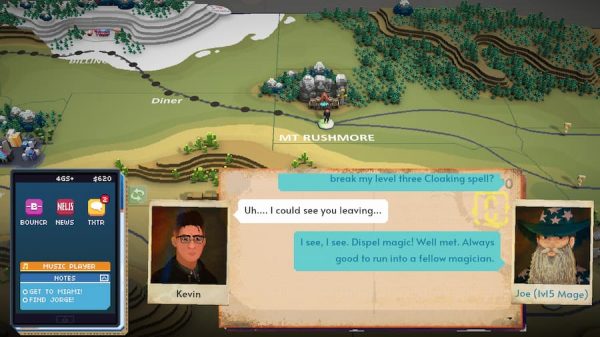 For example, the demo concludes with you safeguarding a mock-medieval tavern, shooting down “wizards” who were trying to balloon into the tower, all on top of your usual ID checking duties. These shenanigans left me grinning like an idiot right up until I remembered that a) Not half a day earlier I’d narrowly avoided being murdered at a white-supremacist owned diner and b) My friend was languishing in an American gulag, imprisoned by the ruling Martyrs party.

This leads to a sometimes uncomfortable dynamic. As tongue-in-cheek as Not Tonight 2 is at times, particularly when you you’re listening to the conspiracy theories of a traffic cone-wearing Brit, your mission is never all that far from your mind. You end up feeling guilty for having too much fun, as you juggle checking IDs with putting sauce on poutine (don’t ask), which, given its subject matter, is entirely appropriate.

Not Tonight 2 will be arriving on PC and Nintendo Switch later this year. The Beta demo runs until October 1st and while it’s currently underway you can still apply for access; details of how to do this are available through the Not Tonight 2 Steam Store page. From what we’ve seen so far, we’re definitely looking forward to getting our hands on its final incarnation and fully experiencing its disquieting blend of humour and political horror.