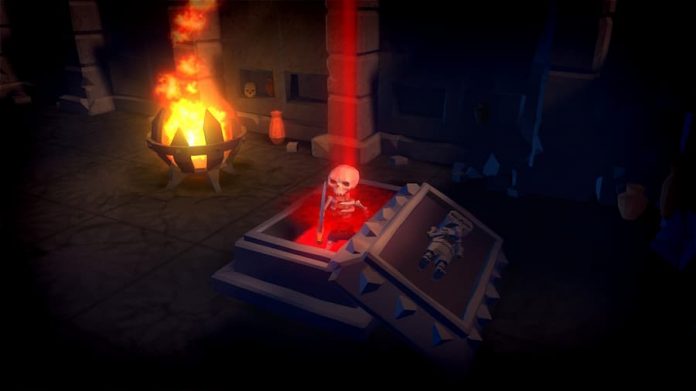 You’re dead. Someone killed you. And now you want revenge.

That’s basically it for the narrative set up of Skeletal Avenger. You, a skeleton, have been resurrected by a necromancer, who wants you to seek vengeance against the beast that killed you. And so that’s what you do – but before you can get to your killer, you’ll need to earn a number of gems by defeating lesser enemies in various other dungeons first.

It doesn’t matter that Skeletal Avenger doesn’t have much in the way of story. It doesn’t need it; it’s all about hack and slash gameplay, and thankfully, that delivers. Available today on Xbox, PlayStation and PC, it provides satisfying combat and exploration that’s easy to pick up. Better yet, a wealth of skills, abilities and upgrades see your skeleton warrior becoming quite the force to be reckoned with.

Dungeons come in various shapes and sizes, and thankfully you’ll have an idea of what’s in store for you before you enter one. They’re ranked by difficulty and size; the bigger and harder a dungeon is, the greater the reward – but the more chance you have of dying. It’s the old risk versus reward system at play. And most of the time, it’s worth taking the risk. Despite having roguelike elements, you don’t stand to lose too much in Skeletal Avenger.

If you die, you’ll simply come back as another skeleton. Your money and stat upgrades will carry over, but you’ll lose any pieces of equipment you were carrying. You’ll also lose some of the gems you were carrying – the important currency you need to carry out your ultimate task. At base level you’ll always retain 50%, however, and you can spend coins to upgrade this. 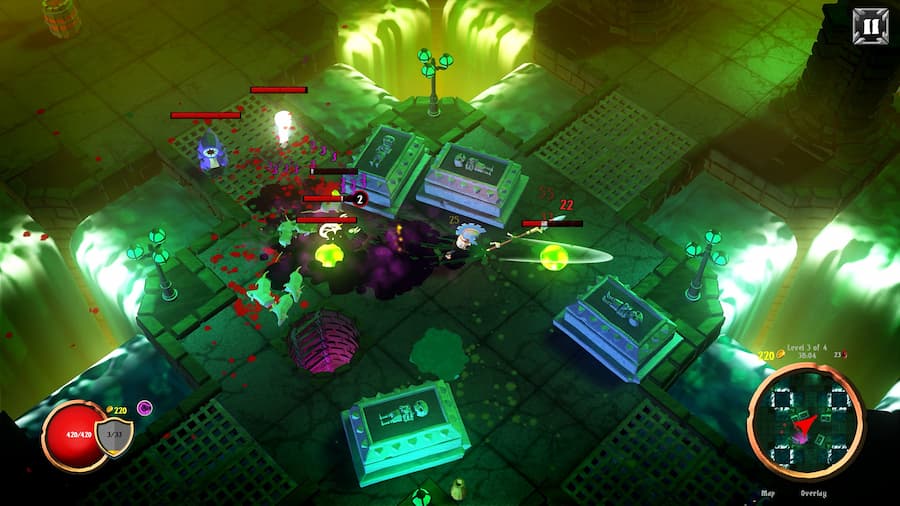 The rest of the upgrades your skeleton collects – elemental upgrades to his weapon, skills that allow him to deal more damage – are only ever temporary anyway. Once you reach the end of a dungeon, they’re gone, and jumping into the next dungeon will see you starting afresh. So, dying really isn’t the end of the world, unlike in a true roguelike game.

The gameplay loop does get rather repetitive, but slashing through enemies is satisfying, especially if you’ve got a powerful weapon imbued with poison, or fire, or lightning damage (or maybe even all three). The lure of constantly upgrading yourself will keep you coming back, too. It’s even better if you’ve got a friend to join you; Skeletal Avenger can be played in co-op, where you and a friend work together to take down demons and other nasties. If you enjoy dungeon crawling and loot-finding, it’s well worth a go. 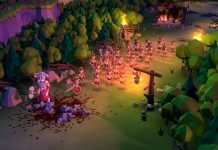 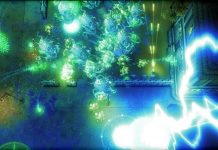 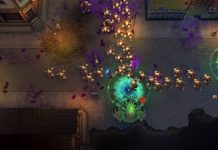