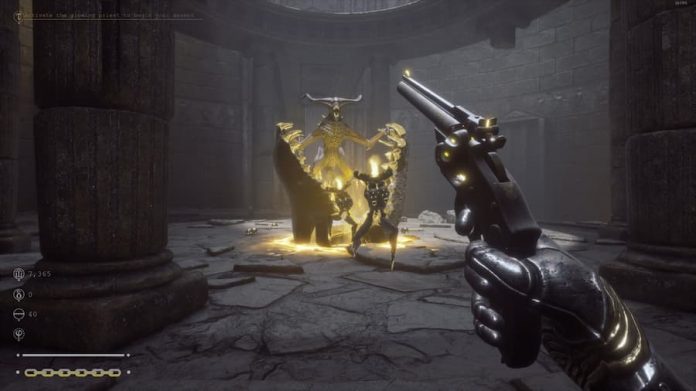 If you like your co-op games full of fast-paced first-person shooter action, then you might want to keep your eyes on Perish. Even more so if you also like them steeped in Greek and Roman mythology.

Currently in development by ITEM42, a small studio based in Brighton, England, Perish is a four-player first-person shooter that pits players against hordes of creatures as attempt to battle their way out of Purgatory. Armed with just a broken sword when you first start, however, you’re expected to die, die and then die again before you taste success. Once you’ve geared up using the gold you’ve acquired on your exploits, things will become much more manageable.

The concept of Perish asks “what would a co-op shooter be if it was a playable album cover?”. With that in mind, the music and gameplay have been designed to work in synchronicity. In fact, the developer claims that the guitar riffs came first, with the gameplay designed around them. Another goal ITEM42 has set itself in the development of Perish is pushing the Unreal Engine as hard as it can. Still, despite that, Perish aims to be more grungy than the likes of DOOM. It wants to be more “real”, and won’t be quite as polished. Made by such a small studio, it can’t be, after all.

Taking inspiration from titles such as Quake and Hexen as much as it does Left 4 Dead and Vermintide, Perish will be playable solo, but it’ll no doubt be better when played in co-op. The fantastical nature of its premise also means that ITEM42 has been able to have fun when designing guns – how about a 14-barrelled shotgun, for example? Random objectives based on Herculean labours will also present players with opportunities to earn reward cards, with effects such as rewarding more gold for headshots.

The final string to Perish‘s bow will be its risk-versus-reward structure. As players battle their way from Purgatory to Elysium, they’ll occasionally come across airlocks. It’s there where players will have to choose whether to return to the safety of the Pantheon with their stores of gold intact, which will then enable them to buy better gear, or battle on and risk losing a large chunk of it. Add in random environments and objectives each time you play, and you have a game that will certainly keep you on your toes.

Check out the announcement trailer for Perish below. And if it looks like something you’d like to play, perhaps add it to your Steam wishlist. 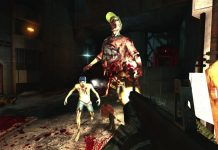 PC Gamers, You Can Get Killing Floor for Free Right Now