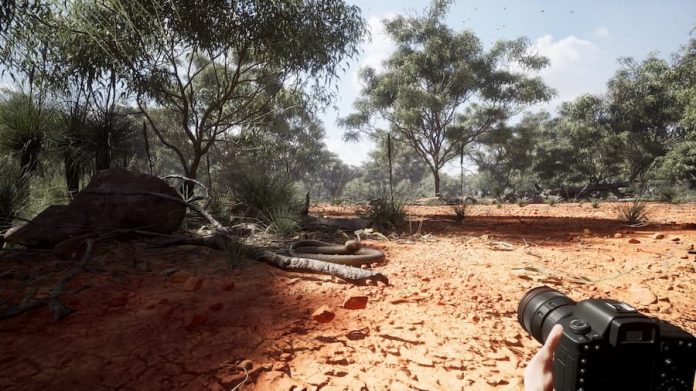 Photography Simulator is a newly-announced first-person snap-em-up that sees you roaming the wilds, taking pictures of animals and scenery.

When we first heard about Photography Simulator, we pretty excited. We got a huge kick out of playing theHunter: Call of the Wild, just admiring wandering around taking pictures instead of shooting animals in the face. And now this new title looks set to offer a similar PC-based experience, removing the gun entirely from the equation.

It’s from Madnetic Games and, going by the screenshots and trailer it looks pretty gorgeous. You’ll have the freedom to roam the various environments though you will have to content with some less friendly animals. So aside from being careful not to spook your photographic quarry, you’ll also have to make sure you don’t get your face torn off by a band of ravenous, opportunistic coyotes.

Sounds interesting, right? Except, there’s a catch. Yes, the trailer looks great but there’s every chance that’s all pre-rendered footage. Photography Simulator is being co-published by PlayWay, a company that has previously announced games using just such trailers, using them to drum up interest in a project that’s very, very early on in development.

“There’s no clear rule on Steam that a game needs to be finished”, states PlayWay’s head, Krzysztof Kostowski, speaking to PCGamesN , “Our publishing plan has 110 games with 100 TBA – we don’t inform about release dates so we don’t need to stress about making that release tomorrow.”

PlayWay does publish games, including the highly popular House Flipper, but they have a scattergun approach to their would-be titles. Also, Madnetic Games has four unpublished games listed on Steam, none of which have release years, Photography Simulator included, though the company promises a demo of WW2 Rebuilder is on the way.

So while Photography Simulator’s premise is certainly an intriguing one, and we’ll dive into it if it does get released, we’re not expecting it to see the light of day any time soon. If you are willing to wait, you can wishlist Photography Simulator on Steam right now.