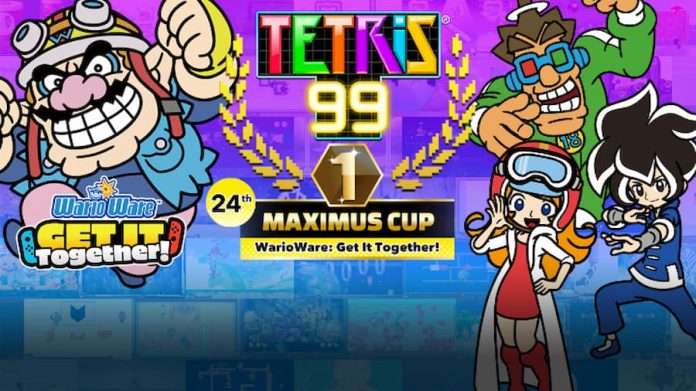 Feel like turning Tetris 99 into the tribute Nintendo’s finest character deserves? Then get playing this upcoming weekend and win a WarioWare theme.

Because, let’s face it, Wario is far, far, more interesting than Nintendo’s monkey-kidnapping plumber. So to mark the release of WarioWare: Get it Together!, the Nintendo Switch’s new mini-game based Wario title, the latest Tetris 99 Maximus Cup, the 24th, will reward you with the aforementioned theme.

So what’s the catch? Surprisingly little, as it happens. You need a Nintendo Switch, naturally. You also need to be a Nintendo Switch Online subscriber, which will give you Tetris 99 for free as well as the ability to play it online. But you don’t need to win a match, beating 98 other people, to unlock it. Instead, as with previous themes, you just need to accrue 100 event points.

Yes, the better you are at Tetris 99, the quicker you’ll get your hands on the theme, which includes art and music from WarioWare: Get it Together!, but you can keep playing and you’ll get there eventually.

Get WarioWare: Get it Together! at Amazon