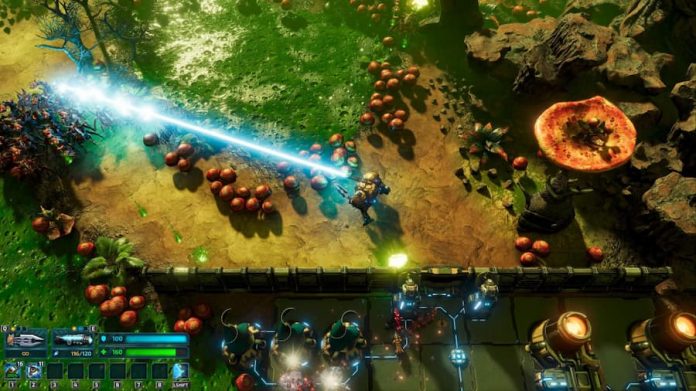 Sure, space travel might seem like a bold venture but all we’re likely to do is just screw up other planets before moving on to pastures new. And that’s exactly what happens in Riftbreaker; this blend of base building and shoot-em-up action casts you as a mech pilot who plunders planets for energy and, presumably, whatever else humanity can make use of.

Sure, going by the trailer it looks to be an awful lot of fun; it’s giving us a real They Are Billions vibe, with swarms of enemies as well as larger, imposing beasts. But we’re hoping, at some point, it addresses that, as humanity’s instrument of greed, you’re just the worst. The console versions will sport ray-tracing, which simulates the way light behaves, and will run at up to 60FPS, so at least your resource-stealing runs will look pretty.

Riftbreaker hits the PlayStation 5, Xbox Series X|S (including Xbox Game Pass) and PC this October 14th, both as a physical and digital release. So we won’t have long to find out whether your strip-mining shenanigans bite you in the behind.

Get Riftbreaker at Amazon