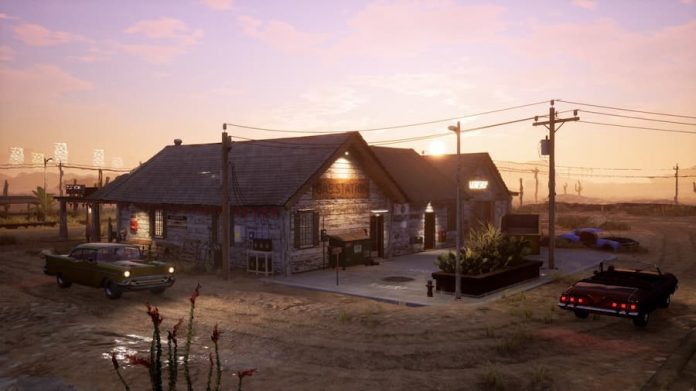 Gas Station Simulator is, much to our relief, not a survival horror game.

Because, while this sim game’s premise is pretty interesting, we always wondered whether it was going to be some kind of stealth survival horror, like Freddy Fazbear’s Pizzeria Simulator, or something along the lines of The Convenience Store, where the isolation alone is enough to put you on edge.

But no, Gas Station Simulator, which is out now, really does have you manning a remote gas station (it’s set in the US, so it’s gas, not petrol), the kind of place with a “Last gas for 200 miles” sign. It sees you building up your station, providing various different services, seeing off vandals and more. DRAGO Entertainment, the game’s designers, are also working on Road Diner Simulator so it seems they’ve discovered a gap in the market.

You can’t turn your gas station into a gleaming, modern-day monument but we actually like the 50s style aesthetic. The desert location also gives it an oddly post-apocalyptic feel. So if you feel like running a gas station in the middle of nowhere, Gas Station Simulator is available through Steam right now, alongside a demo.