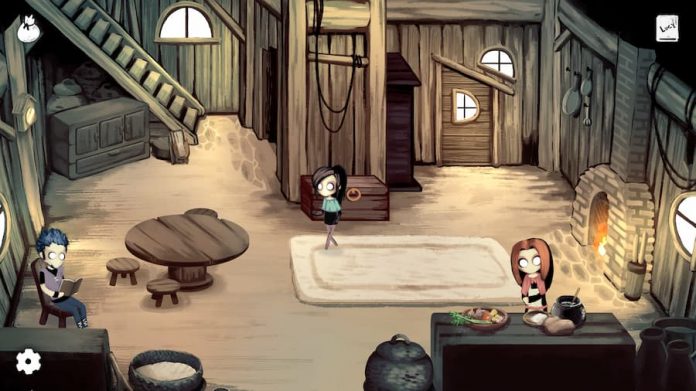 There are two things about Children of Silentown, an upcoming gothic adventure, that have caught our attention.

First, its art style is really striking; with shades of Tim Burton and Ruby Gloom, Children of Silentown features some eerily large-eyed characters. Secondly, we just know the lack of a second “t” in the title is going to drive us up the wall. Silent-own? Silen-town?

However you end up pronouncing it, Children of Silentown casts you as Lucy a young girl whose problems are bigger than having no pupils. People have been disappearing from her village and, perhaps unwisely, she’s taken it upon herself to investigate. Aside from roaming the forest, you’ll solve puzzles, learn to sing and get hassled by a cat who we’re pretty sure just needs a big hug.

There’ll also be a range of minigames to mess about with, and we’re especially curious to see how those pan out. It’s no secret that some children’s games have some very old roots; Ring a Ring O’Roses is often, mistakenly, thought to be rooted in times of plague but it’s much more pagan in origin.

You can check out the trailer, complete with eerie piano soundtrack, above. Developed by Elf Games and Luna2 Studio and published by Daedelic Entertainment, Children of Silentown will arrive on PC and consoles next year. But if you hop on Steam right now you can download the free prologue for an early taste of this haunting adventure.