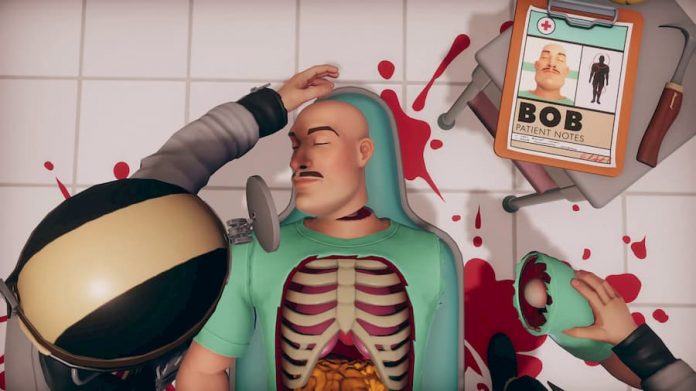 Grabbing an object is not something you put much thought into, is it? You reach, you extend your fingers, then you wrap them around the object you want to pick up. So simple that you’ll likely never consider the muscles and movements that go into such an action. That is, until you start playing Surgeon Simulator 2, where simply picking up an object is the hardest thing you’ll ever do.

Of course, Bossa’s wacky surgical adventure is designed to be clumsy and awkward. After all, performing real, precise surgery in a video game wouldn’t be much fun – or would it? (I bet there’s a market for it.) Regardless, Surgeon Simulator 2 is not a game that takes itself seriously – and you, its player, absolutely should not take it seriously either. Get ready for slapstick comedy, pulling patients’ limbs off, and laughing in frustration as you try in vain to pick up a syringe.

If you played the first Surgeon Simulator, you’ll have some idea of the core gameplay. Surgeon Simulator 2 simply builds on the groundwork laid by its predecessor. Everything’s a bit shinier; game modes have been expanded, and there’s a lovely narrator lady to guide you through your surgical training. It all feels very polished. Until you try to pick up an object. 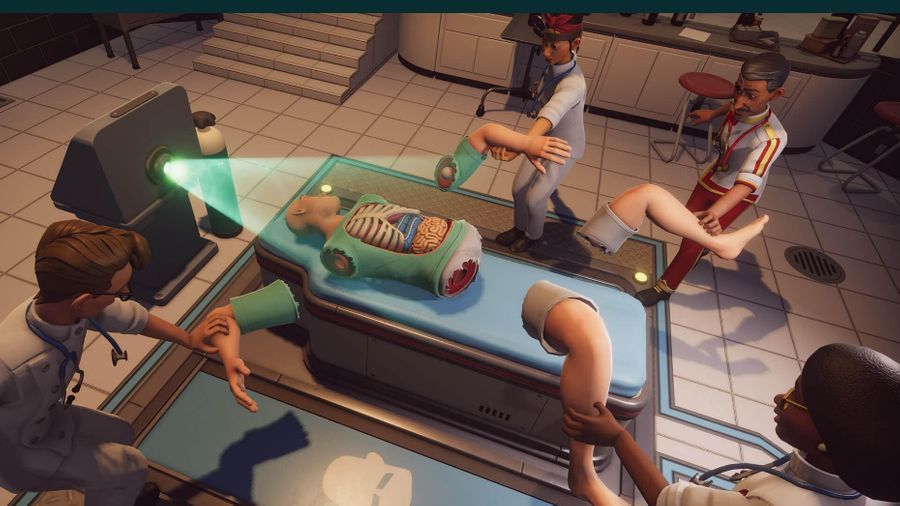 Playing by yourself, Surgeon Simulator 2 is wacky, but it can also be an exercise in frustration. Play in co-op, however, and that frustration turns into chaotic hilarity. It’s definitely very welcome that playing by yourself is supported, but make no (broken) bones about it, this is a game designed to be played with friends. With up to four players on the same screen, all poking and prodding at a poor, hapless patient while running around like headless chickens, it’s almost party perfection. Though not for the patient, of course.

Put some fun into your day by trying (and failing) to save poor Bob. Surgeon Simulator 2: Access All Areas is out now on PC and Xbox – and it’s included in Xbox Game Pass. You can read our full review of the original PC release by clicking here.