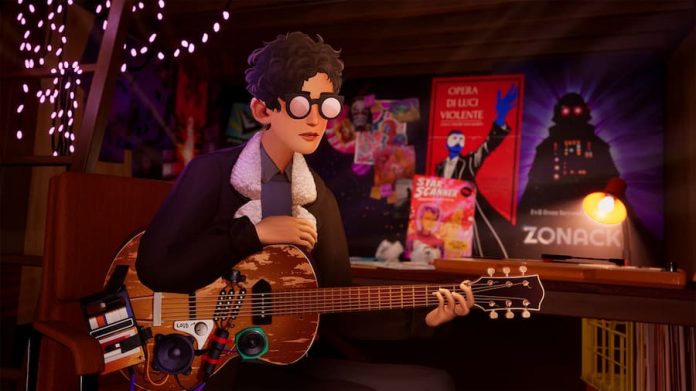 I’ve never taken hallucinogenic drugs, but I imagine the resultant state to be something akin to playing The Artful Escape.

Its three-hour running time feels like one, long fever dream. Perhaps it is; after all, protagonist Francis Vendetti is woken in the middle of the night by an alien, taking him to a rock concert that takes place in the deep of space. Hardly a normal thing to happen in the small hours. But Francis goes along, and ends up on an epic adventure through life and music, spanning all corners of the galaxy. And he’s still back on Earth in time for his gig the next day. Well, almost.

Growing up in a small town, Francis has always lived in the shadow of his uncle Johnson Vendetti, a folk legend akin to Bob Dylan. Francis has the weight of his success on his shoulders; he’s expected to follow in his footsteps. And while he is a budding musician, folk music doesn’t come easy to him. His fingers long to strum an electric guitar, his feet to jump along to rock and metal music. When he’s taken to another world, a rock concert in the sky, he can become the rock legend he’s always dreamed of.

You’ll get most out of The Artful Escape if you go into it knowing as little as possible. All you need is an open mind, a spare three-or-so hours and, ideally, a good pair of headphones. Music is at the heart and soul of this game; as Francis runs across beautifully obtuse landscapes he can shred his guitar with the press of the button, lighting up flora and fauna around him. You don’t have to, but why would you not? 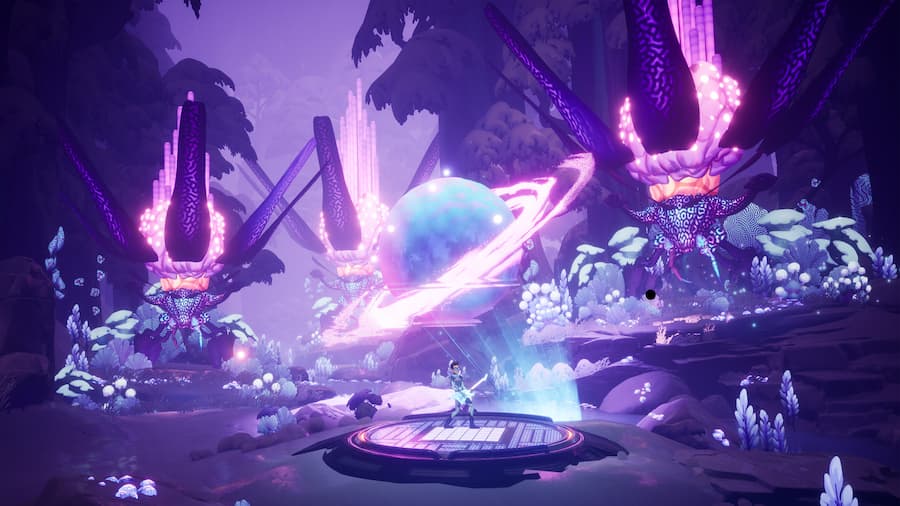 Between narrative and platforming sections, you’ll get the opportunity to jam in music-rhythm sections. Well, I say music rhythm; the rhythm doesn’t matter – the rhythm comes from you. You simply need to follow a pattern of inputs, using three of the face buttons and the shoulder buttons. They’re never particularly tricky, but if you do go wrong, it doesn’t matter, you’ll simply keep trying until you get it right. Even with mistakes, Francis is still a rock god in this crazy world.

Perhaps the most off-putting thing about The Artful Escape is its insistence of including hard-to-reach jumps in its platforming sections. This is a game where you can’t fail; the platforming sections, in which Francis simply runs left to right in a straight line, exist only as an opportunity to admire the world around him as he goes. And yet, every so often you’ll reach a jump that you just can’t make. One in particular had me fail ten times before making it. Sure, you’ll only be taken a second or two back, primed to attempt the jump again, but it breaks the flow of the game, where you otherwise effortlessly float and glide through the environment. 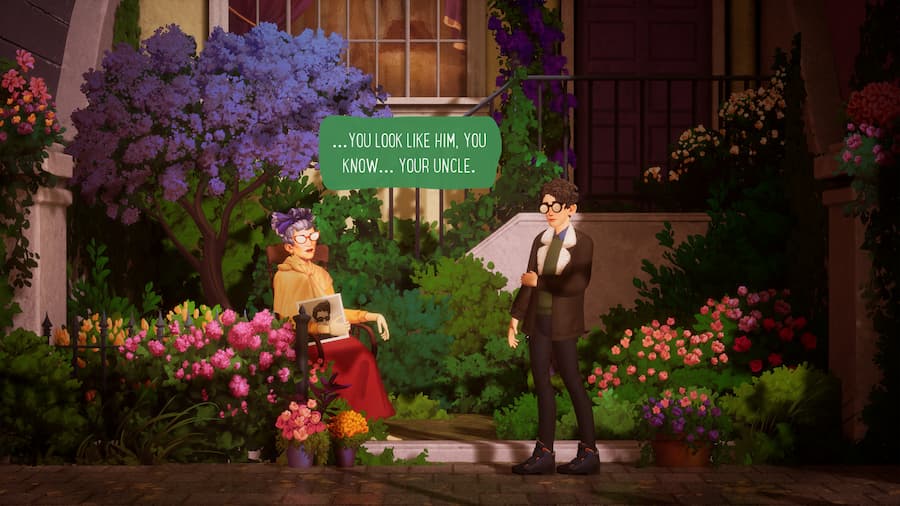 It’s a small detractor from everything else that The Artful Escape is, though. Its sumptuous art is brought to life with an excellent soundtrack and truly stellar voice work. There are big names tied to the actors here – Lena Headey and Jason Schwartzman to name just two – but everyone puts in a truly memorable performance. And the fact that every single line of dialogue is voiced truly elevates The Artful Escape to the next level.

A tour de force of light and sound, The Artful Escape is unlike anything else you’ve played. With no easy genre label to stick on the game, the only way you’ll know if you’re going to enjoy it is to try it. It’s a trip alright, one that will have your foot tapping and your head rocking from start to finish.

The Artful Escape Rocks Onto PlayStation and Switch Next Week