Following the exploits of Kazuma Kiryu, each entry in the Yakuza series offers a densely populated open world for you to explore. Though there’s a caveat; they’re rather small.

Any of the Yakuza games could be deserving of a place on this list of best open world games on Xbox Game Pass. But we’ve chosen Yakuza 0 as it’s the ideal place to start. Largely taking place in Kamurocho, the stalwart location of the series, it also lets you visit Sotenbori. Though wherever you are, you’re never far away from something to see or do, meaning the environments feel very rich.

When you’re not following Yakuza 0′s gripping story, you can go bowling, bat some baseballs, play in an arcade, or even sing a song or two; the list is endless. And there are more sub-stories than you can shake your fist at too. Speaking of fists, have we mentioned that there’s a countless number of thugs, delinquents and yakuza to beat up along the way? If you’re after an open-word game that sacrifices map size for activity density, give any one of the Yakuza series a go.

Get a discounted Game Pass subscription from CD Keys 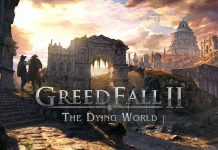