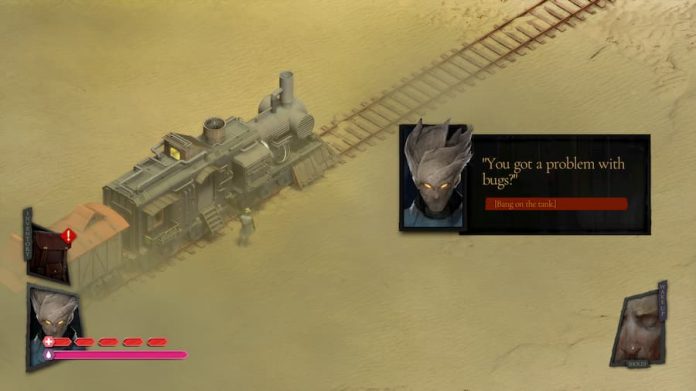 The Bookwalker has been announced and that’s a good thing. Mostly.

From what we’ve seen of this upcoming adventure, it looks like a lot of fun. It casts you as a “bookwalker”, able to enter the world of fiction and steal objects from those worlds. Your brother is stuck in the book world and the only way to rescue him is to nab particular items, such as Thor’s Hammer and Excalibur.

Developed by the team behind The Final Station, which we gave an excellent 8 out of 10 to, The Bookwalker mashes up first-person exploration and third party puzzle action. So when, as seen in the trailer, you need to put out a fire in a book’s world you can grab a fire extinguisher from the real one, shove it into the fictional ream and you’re good to go.

So far, so good. However, now we’ve been introduced to this admittedly cool talent, we can’t stop thinking about all the shenanigans we could get up to if we had that ability. What if we brought Robinson Crusoe a flare gun and a speedboat or gave Josef. K a Get Out of Jail Free card? How about handing Holden Caulfield a Nintendo Switch to see if that would stem his whining?

We doubt we’ll get to do any of the latter but we’ll still be interested to see if The Bookwalker lives up to its intriguing premise. It’ll be getting a demo this October 1st, as part of the Steam Next Festival; in fact, you can wishlist it on Steam right now. There’s no concrete date for the final release but it’ll arrive on PC some time in 2022.